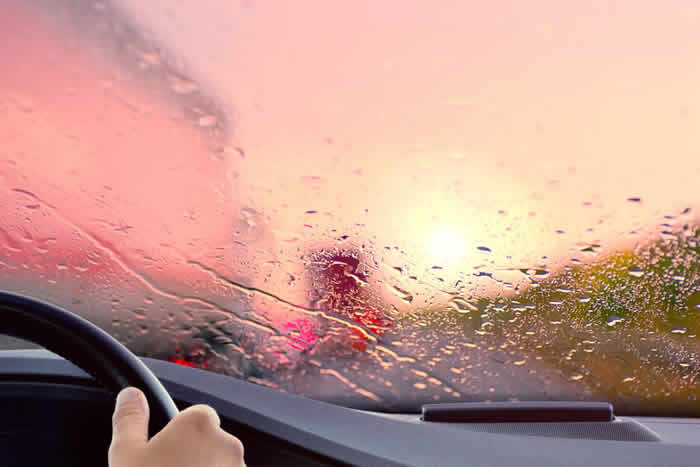 Our client was driving northbound on US 75. It was raining and weather conditions were hazardous. She lost control of her automobile and slid into the right lane where she came to rest. The vehicle behind her was following too closely and was unable to stop in time to avoid hitting her. As a result of the impact, our client’s vehicle was pushed back into the left lane.

A tractor-trailer was traveling in the right lane at the time, and the driver told the investigating officer that he moved to the left lane when he saw our client’s car come to a stop in the right lane. When our client’s car ended up in the left lane, she was hit a second time by the semi truck. Property damage was massive. The client lost consciousness and had no recollection of how it happened.

Comments from Attorney Joseph Morrison: This was a massive wreck and the client was truly fortunate to survive it. The Police Report faulted our client (for operating her vehicle unsafely given the weather conditions and losing control of same) and the motorist who initially struck her (for following too closely).

I immediately contacted an independent witness to the accident who was referenced in the Police Report. The witness was in the left lane behind another semi-truck when the wrecks occurred.

When I spoke to the witness, she stated that the tractor-trailer that struck our client was traveling essentially beside the other semi-truck when the incident began to unfold. The semi truck driver had admitted changing lanes from the right lane to the left lane when he saw our client’s car stopped in the right lane.

Even though the Police Report didn’t fault the tractor-trailer driver, we filed a claim with his insurance company based on the recorded statement I took of the independent witness.

Our client sustained injuries to her ribs, back, head, and left elbow in the auto accident. Specifically, she sustained a concussion and a very moderate lumbar disc protrusion that was consistent with an annular fissure.

Given the serious nature of the accident, she was very fortunate not to have sustained life-altering injuries. Her medical bills, however, were substantial as she was taken to the hospital by helicopter and hospitalized.

Texas is a Modified Comparative Fault state. You can still recover damages if you were 50 percent or less at fault for the wreck(s), but your recovery will be reduced by your degree of fault.

The motorist that was following to closely and initially struck our client’s vehicle only had a minimum policy. I sent a Stowers demand for policy limits. It was initially rejected.

The insurance carrier for the semi truck made a small offer. Both insurance companies thought we would be limited to filing a lawsuit in Collin County. The tractor-trailer driver, however, was in the course and scope of his employment for an Illinois company at the time of the auto accident.

I made sure both insurance companies understood that if litigation was necessary, we would associate with Illinois attorneys and file suit in Illinois since it has some of the most favorable Plaintiff verdicts in the United States.

Needless to say, the first carrier reversed course and accepted our Stowers demand for policy limits. The insurance company for the semi truck raised their offer from $5,000.00 to $35,000 and we were able to get the personal injury claim resolved.

Mullen and Mullen Law Firm can help negotiate reductions with medical providers. In this case, we were able to get the emergency medical transport bill, which was substantial, reduced in half and accepted as full and final payment.

The settlement for this personal injury claim involving a spinal injury and concussion as a result of an auto accident in Melissa, TX was $65,500. Attorney fees were $13,872.89. Case expenses were $624.99. After paying medical providers, the client’s net recovery was $13,873.13. This is an outstanding result given the police report assigned fault to our client.