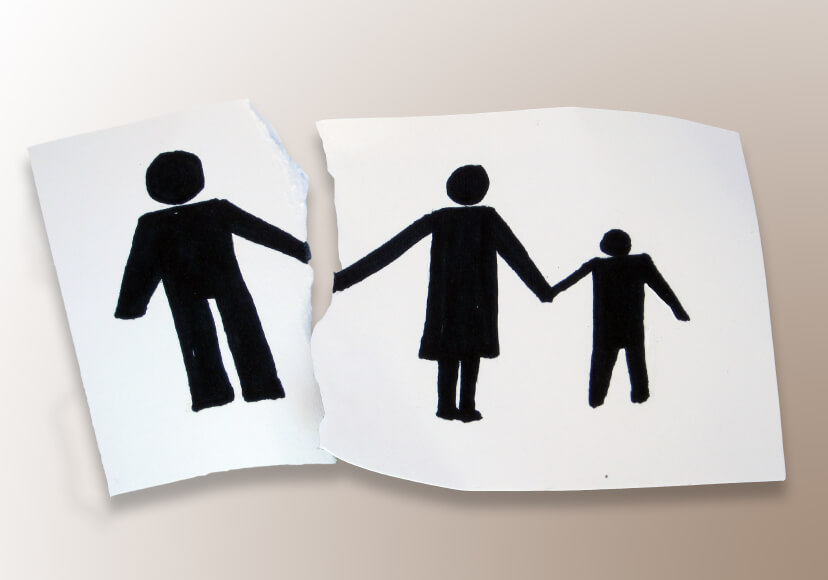 Use the table of contents to easily navigate this page.

About Filing a Wrongful death claim in Dallas

A person is liable for damages arising from an injury that causes an individual’s demise if it was caused by their own, their agent’s, or their servant’s wrongful act, neglect, carelessness, lack of skill, or default.

The defendant is a proprietor, owner, charterer or hirer of an industrial or public utility plant or of a railway, street railway, steamboat, stagecoach or other vehicle for transportation of good or passengers and the death was caused by the person or his agent’s wrongful act, neglect, carelessness, un-skillfulness, or default.

The defendant is a receiver, trustee or other person in charge or control of a railroad, street railway, steamboat, stagecoach, or other vehicle for the transportation of goods or passengers, of an industrial or public utility plant or other machinery. In addition, the death must have been caused by:

A person is liable for damages arising from an injury that causes an individual’s death if the person is a receiver, trustee, or other person in charge of or in control of a railroad, street railway, steamboat, stagecoach, or other vehicle for the transportation of goods or passengers, of an industrial or public utility plant, or of other machinery; and the action could have been brought against the owner of the railroad, street railway, or other machinery if he had been acting as operator.

What is Wrongful death claim?

To put it simply, it’s when your family member dies because of someone else’s negligence, recklessness, intentional actions, or misconduct.

How long do you have to file a Wrongful death claim in Dallas?

Not too long, so it’s important to act fast. There are two statutes of limitations governing the law in Texas:

If you wait 2 years and 1 day after the date of the incident, Texas law prohibits you from seeking financial compensation.

The decisions you and your family make will prove vital to the outcome of your case. You only have one chance to tell your loved one’s story the right way. A number of strategic decisions must be made immediately. Evidence must be gathered immediately. Experts may be required immediately.

What is the difference between Wrongful death and a Survival Action?

A Wrongful death claim is brought by certain family members that directly suffer financial and/or emotional harm because of the untimely loss of a relative, caused by someone else’s negligence or gross negligence.

The answer depends on who was harmed. Was it a father who died instantly and now can’t support his children, or are we dealing with a single man who suffered a long, slow and painful death?

In the former situation, the children certainly should sue for the financial support they’ve now lost because of their father’s untimely passing.

In the latter situation, there are no children, but the estate can sue for the pain, suffering, physical impairment, mental anguish, and any medical bills sustained by the victim in the days or weeks leading up to his death. Of course, there are situations where wisdom dictates it’s best to file both causes of action.

Who is able to file a Wrongful death claim in Texas?

In the state of Texas, there is a legal distinction between the persons able to file a suit and the person who are beneficiaries. According to the law in Texas, those who can file a claim are laid out by statute:

Are siblings allowed to file a Wrongful death claim?

No, siblings do not have this right. However, monies recovered from a survivor action goes to the estate, and if the deceased had a will and that will names a sibling as a beneficiary then the sibling will indirectly benefit from the lawsuit.

Can the decedent’s estate file a Wrongful death claim?

The law in Texas generally is that the executor and/or administrator of the decedent’s estate may file a Wrongful death claim if one has not been filed in the ninety (90) days following the decedent’s demise by his or her surviving spouse, children, or parent and/or guardian. An exception to the general rule exists if the estate has been forbidden to file a lawsuit by one of the parties referenced above.

What are the elements that must be established to file a Wrongful death claim?

In Texas a suit must be filed by the decedent’s surviving spouse, parent, or child as discussed above. In addition, a person or corporation must have committed a wrongful act that caused injuries to the decedent resulting in his or her demise. It must also be established that the decedent would have been entitled to bring an action if he or she had survived. Also, the surviving spouse, parent, or child must also have suffered actual damages.

What damages are recoverable in Wrongful death claim cause of actions brought by a surviving spouse, parent, or child?

You can recover “actual damages.” A surviving spouse of a decedent or surviving children of a decedent can potentially recover punitive damages but this is not true of parents of a child.

What “actual damages” are recoverable by parents of a child who was a victim of a Wrongful death claim?

Recoverable damages include monetary damages resulting from the demise of the child (before and after the age of 18), damages for the termination of the parent-child relationship which is commonly referred to as “companionship and society”, and mental anguish (emotional pain, torment, and suffering – sometimes submitted as grief and bereavement) resulting from the demise.

What “actual damages” are recoverable by parents if the child was an adult at the time of his or her Wrongful death?

The same damages as if the child was a minor.

What “actual damages” are recoverable by a wife or husband whose spouse died?

Recoverable damages include monetary loss due to the demise of the spouse, damages for the termination of the spousal relationship (love, affection, comfort, sexual relationship), mental anguish caused by the demise, and loss of inheritance (loss of future earning capacity / money that would have been added to the estate).

What “actual damages” are recoverable by a surviving child whose mother or father was the victim of a Wrongful death?

Recoverable damages include monetary loss resulting from the passing of the parent, damages for the cessation of the relationship (love, compassion, etc.), mental anguish, and loss of inheritance (if any).

What will a jury be allowed to consider when arriving at damages for mental anguish and/or loss of companionship?

Jurors are typically instructed that they can consider the relationship between the party and the deceased, living arrangements of the parties, any periods of extended absence, family harmony, and shared interests/activities.

Can you recover punitive damages if your child, spouse, or parent died in Dallas?

Yes, if the loved one’s demise was the result of willful or grossly negligent conduct. The caps on punitive damages laid out in the Tort Reform Act of 1995 are applicable. Texas judges have limited the recovery of punitive damages in these claims to the surviving spouse and children. (Inexplicably) Parents are not able to recover punitive damages for the passing of a child.

Can you recover damages for the Wrongful death of a spouse if you were separated at the time?

Potentially. This is a very case specific inquiry and support (if any) you received from the decedent during the separation period prior to his or her demise.

If you are pregnant can you recover for the Wrongful death of a fetus?

Yes, but (again inexplicably) generally only if the fetus is born alive and subsequently dies.

What is a “Survival Action?”

A survival action is filed by or on behalf of an estate to recover damages the decedent who was the victim of a Wrongful death sustained prior to his or her passing.

What damages are recoverable in a “Survival Action?”

Recoverable damages include physical pain and mental anguish suffered by the victim prior to his or her death, medical expenses incurred prior to the passing, funeral and burial expenses, property damages, and punitive damages.

Does the type of claim and/or action brought have any impact on hospital liens?

Yes, amounts recovered in a survival action are subject to a hospital lien while Wrongful death damages generally are not.

In a survival action can the estate recover damages for physical pain and mental anguish if the victim was killed or lost consciousness quickly?

Probably not. Recovery of these damages is generally limited to instances in which conscious pain and suffering can be demonstrated – even if only for a short period of time.

How Do You Prove a Wrongful death claim in Texas

You have to prove 4 different elements.

Was the defendant negligent?

The most difficult aspect of any Wrongful death claim is proving negligence. If someone was driving drunk and well over the legal BAC limit, negligence is easy to prove. But in cases where medical malpractice, it’s not always so clear and often costs lots of time and money to show.

You might also hear this called “proving duty” which refers to the fact the defendant is liable to the decedent for a duty of “due care.” Basically, that’s a duty to keep the other person safe or not to do something that may harm another person.

Did the defendant’s actions cause your loved one’s death?

Showing causation can also be easy or amazingly difficult. If a car crash happens, it’s comparatively easy to show the defendant’s car did or did not cause the accident.

But again in cases where medical malpractice is involved, it gets very difficult to show negligence. For example, your loved one could die months or years after a negligent act (like prescribing the wrong medicine) happens.

If you show breach of duty and causation, damages are presumed because you showed the injured person was killed. However in cases where harm happens but not death, you can prove both of those but still lose the suit because you didn’t prove the nature and extent of the harm.

It’s sad other people make decisions which can cause the passing of your loved one, but it’s a reality you have to live with. If you find yourself in this heartbreaking situation, contact our Dallas lawyers for a free consultation.

Is Wrongful death “murder” in Texas?

No, it’s different. You can only be convicted of “murder” in criminal court. You cannot seek financial compensation for “murder” charges.

For example, prosecutors may choose not to go after a drunk driver who hit and killed your loved one. They may not have enough evidence to convict them of manslaughter.

But, you can still file a claim for “Wrongful death” in Texas and potentially win financial compensation.

What Type of Compensation Can You Get in Texas Wrongful death claims?

There’s a number of reasons you can get financial compensation in Texas. Here are a few “actual damages,” compensation you can recover for loss that actually happened (or will happen):

You can also win “exemplary” damages in Texas. Rather than compensating you for actual losses, they are meant to penalize or punish the defendant for their gross negligence.

If you are in Texas, Mullen & Mullen’s Dallas Wrongful death claim lawyers can help you. Call (214) 747-5240 now for a free consultation.

Contact us in Dallas, Plano, Frisco, or Fort Worth now to discuss the facts of your potential case. There is never a fee for our legal services unless we obtain a recovery for you.

What Questions Should You Ask Before Hiring a Lawyer?