Mullen & Mullen’s Mustangs | How Our Law Firm Gives Back 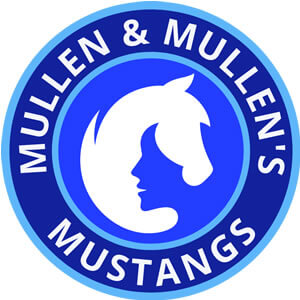 What is Mullen & Mullen’s Mustangs™?

Mullen & Mullen Law Firm has created a new corporate giving initiative, Mullen & Mullen’s Mustangs™, to bring attention to the plight of wild mustangs. To accomplish this goal, we will be sponsoring programs in which these icon symbols of freedom interact with the community as ambassadors of healing. So, it’s not just about saving these special horses from slaughter, but also giving back to the community we serve, in a unique way that also helps people and local non-profits.

Our first offering, set to start on 9/17/22, is a program for Veterans, first responders, and mustangs to work together to help each other heal. See this page for details: Veterans, First Responders & Wild Mustangs EFP Program. 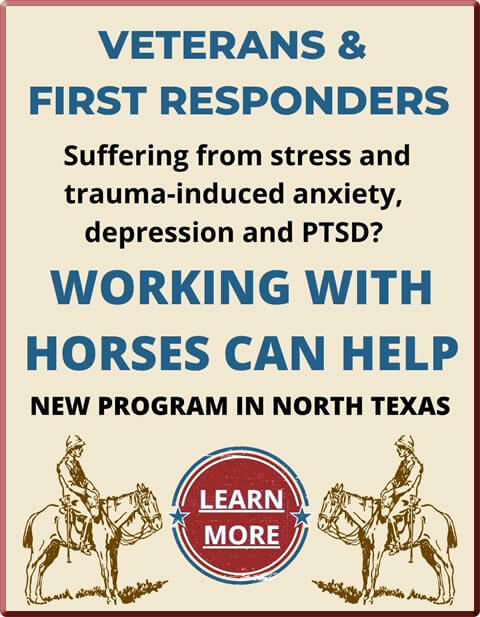 How Are All Horses, Not Just Wild Mustangs, At Risk of Going to Slaughter?

According to the ASPCA, “In the year 2020, approximately 36,000 American horses were trucked over our borders to be slaughtered for human consumption.”

All unwanted horses, both wild and domestic, are at risk of ending up at public auction and making their way to slaughter. Horse slaughter is especially brutal, as explained by The Humane Society, “Horses are skittish by nature (owing to their heightened fight-or-flight response), which makes accurate pre-slaughter stunning difficult. As a result, horses often endure repeated blows and sometimes remain conscious during dismemberment—this is rarely a quick, painless death. Before the last domestic plant closed in 2007, the USDA documented in the slaughter pipeline rampant cruelty violations and severe injuries to horses, including broken bones protruding from their bodies, eyeballs hanging by a thread of skin, and gaping wounds.”

How We Got Involved with Helping Wild Mustangs

Hi y’all, my name is Shelley and I’m from Texas if you couldn’t guess. I’m the Director of Marketing for the personal injury law firm of Mullen & Mullen with offices in Dallas, Plano, Frisco, Fort Worth and St. Louis.

These once free roaming wild Mustangs were rounded up and removed from public lands by the BLM (Bureau of Land Management) and they eventually ended up in “kill pens.” We rescued them with the assistance of Candace Ray at Evanescent Mustang Rescue & Sanctuary in Sherman, TX. I adopted them through her organization, and they are now a very big part of my family and dearly loved.

A “kill pen” is a holding facility where both wild and domestic horses and burros are kept before being auctioned off to the highest bidder. Unfortunately, too often, that is a “kill buyer.” A kill buyer is someone who sends them out of the U.S. to be slaughtered for their meat, because horse slaughter is no longer legal here.

These wild horses go through unspeakable horrors from round-up to slaughter. They are chased for what can be days by helicopters and some do not survive or remain fully intact. Once captured, they are separated from their family members and transported which also causes trauma, severe injury, and even death to some. They experience deep grief, confusion, depression, severe PTSD, and other issues.

Many wild mustangs are taken to overcrowded holding areas with nothing to graze on, no cooling shade from the blistering sun, and just remain trapped there awaiting their demise. Some succumb to starvation, thirst, exposure, and illness while at BLM holding facilities.

The BLM adopts out many mustangs and they even have an incentive program that will pay you $1,000 per head to adopt. The sad thing about this is that bad people who only care about money are inadvertently being paid by our government to take them. See this New York Times article.

Some adopted mustangs are kept in deplorable conditions by people who have no compassion for them. Once the one year waiting period for ownership is up and title has been received, an adopter is free to do as they wish with the mustangs, including selling them to kill buyers. This is how these, supposedly federally protected, horses end-up in the slaughter pipeline.

In places like Mexico, where a large volume of wild and domestic horses end up, the slaughtering process is not regulated and thus it is totally inhumane and not something most people can even stomach to hear about. If you are brave enough to watch it, it will never leave your mind. The horses’ screams will haunt you forever. It’s not quick and painless like it is for cattle but face to face brutality and usually requires several blows to kill them.  They must be hit in a small target zone between their eyes using a device that is guided by hand and there is nothing keeping their heads from moving around frantically in terror and confusion. This documentary, From The Kill Pen, is not for the faint of heart.

I have been passionate about horses for as long as I can remember and it was a life-long dream come true to be able to have my own small herd of rescues, thanks to the generosity of my employer, Mullen & Mullen Law Firm. I never imaged I would be fortunate enough to rescue five. Three of them, Epona, Comanche, and Ariana, are wild Mustangs, of which one was unknowingly pregnant. She gave birth to the fourth Mustang, Bey (which means Chief or Prince in Old Turkish), on my property on July 6, 2020. The fifth horse is Ruger, a domestic rescue.

Unfortunately, domestic horses also end up being slaughtered, which enables farmers, ranchers, breeders, racehorse owners, and pretty much anyone who has a horse that is sick, not sound, too old, no longer wanted, or can no longer be afforded to be disposed of. It’s a win for their owners because they get at least some money and no longer have to pay for the horse’s care which can be quite expensive. Euthanization, removal, and burial of a horse is also very costly because of their size.

This organization, Horse Rescue Heroes, has a reality series available on Amazon and part of what they do is rescue, rehabilitate, adopt out, and humanely euthanize unsalvageable horses versus letting them go to slaughter.

It is only due to the wonderful attorneys I work for, who graciously enable me to be successful and allow me to work from home, that I could finally make my dream come true to rescue a few horses from this abuse and cruelty. They are amazing, keenly intelligent, highly intuitive, affectionate creatures that are like giant dogs but wiser. And it has been a miraculous journey gaining their trust after what humans have done to them and to be accepted as part of their herd. It’s also very expensive to keep them.

If God forbid, you ever do find yourself in need of a personal injury attorney because you are hurt in a car accident, injured on your job, or in some other way that was not your fault – and you find yourself in need of expensive diagnostic testing and medical care, are unable to work and are losing wages while facing a mountain of unpaid bills, I hope you’ll remember us at Mullen & Mullen. Our lawyers are licensed in Texas and Missouri.

Not only will you be in expert legal hands, you’ll also be inadvertently helping me to keep caring for these beautiful souls. Please visit us at mullenandmullen.com to learn more about us and give us a like or follow us if you appreciate this story. And please do share it if you also love horses and want to help educate others about what happens to them. Civilization was built on their backs, and they deserve better from us.

If you personally want to help rescue Mustangs or Burros in danger of slaughter by making a tax deductible donation you can do so at https://evanescentmustangrescue.org. And if you are interested in fostering, sponsoring, or adopting a Mustang, they can also help you with that. You can find them on Facebook here: https://www.facebook.com/evanescentmustangsanctuary. 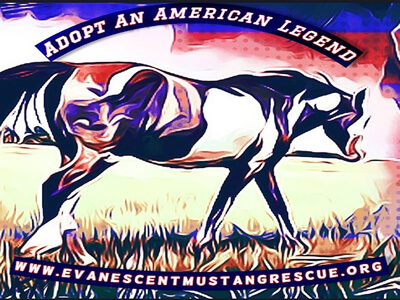