Senior Associate Attorney, Joseph R. Morrison, served as counsel of record in a Texas “Top 5” Premises Liability case according to VerdictSearch. The case was against Conagra Foods – a 7 billion dollar per year company. Joe is a member of both the Million and Multi-Million Dollar Advocates Forums and has assisted many clients in obtaining million dollar and/or multi-million dollar settlements. Mr. Morrison has 18 years of experience. 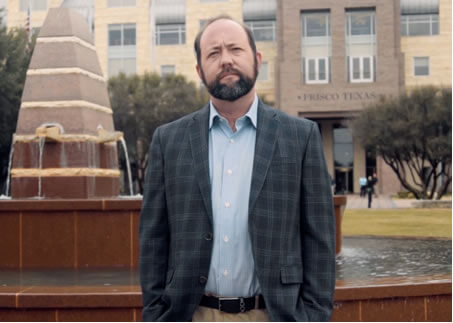 Joseph received his undergraduate degree (B.B.A.) in Entrepreneurship from Baylor University. He is a third generation Bear. At Baylor he was enrolled in the Honors Program, a member of Tau Kappa Epsilon, and graduated in just three years.

Mr. Morrison obtained his Juris Doctorate (J.D.) degree from the University of Arkansas at Fayetteville. After obtaining his law degree he moved back to Dallas and began his legal career by helping disabled Texans receive Social Security Disability benefits.

Joseph later turned his attention to representing injured victims. He was the founding partner of McKey, Morrison & Sanchez, P.C. – a boutique litigation practice that filed hundreds of lawsuits under his supervision. The firm was recognized by VerdictSearch in 2012 for obtaining the 5th largest Premises Liability verdict in the State of Texas in a case styled Jeffrey Young v. ConAgra Foods, Inc. Mr. Morrison has been quoted in the ABA Journal.

In his free time Joseph enjoys brewing craft beer, frequent trips to Starbucks, and rooting the Baylor Bears to victory.