Attorney Regis L. Mullen has 56 years of personal injury law experience as an attorney. Before opening his own law firm, Regis was an insurance claims processing manager who learned all the tactics liability carriers use to deny or reduce settlements. He received his Admission to practice law in 1967. 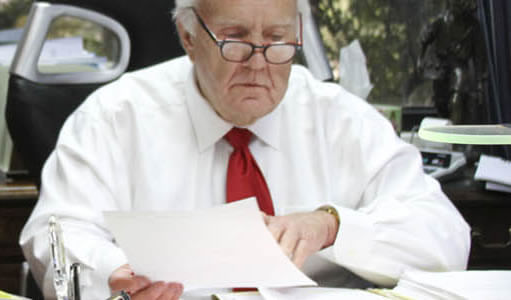 Attorney Regis L. Mullen graduated from the University of Oklahoma with a BA in History. He also received his Juris Doctorate degree from the University of Oklahoma. Regis began his career working for Allstate Insurance Company and during his tenure there he served as a Claims Adjuster, Senior Claims Adjuster, and eventually Litigation Supervisor. Armed with inside knowledge on how big insurance companies worked, Regis founded a law firm dedicated to representing injured North Texans. In his free time he enjoys rooting for his Oklahoma Sooners, golfing, and watching the latest movies released at theaters.