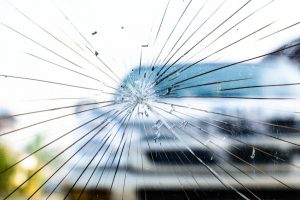 $100,000 policy limit settlement for disc injuries in Plano, TX car wreck by attorney for client hit by driver with no auto insurance.

Our client was driving in the left lane on the North Dallas Tollway in Plano, TX. Traffic became congested and he brought his vehicle to a stop. A distracted motorist failed to slow down and rear-ended him. This caused our client to hit the automobile in front of him. The at-fault motorist did not have auto insurance. Thankfully our client had uninsured/underinsured motorist coverage (UM/UIM) on his policy.

Remember: An estimated 13.3% of Texas drivers are uninsured. Data from nine major insurance companies indicates 1.6 million Texas drivers do not have car insurance.  It is imperative that you maintain UM/UIM coverage on your automobile insurance policy.

Our client had to go to the emergency room due to the injuries he sustained. He complained of neck and low back pain. He eventually began physical therapy under the direction of a medical doctor. His treating physician ordered a cervical and lumbar MRI based on continued complaints of numbness, tingling, and shooting pain down his legs.

Comments from Attorney Joseph R. Morrison: The MRI results showed two large disc protrusions in his cervical spine, as well as a large disc protrusion in his lumbar spine that displaced a nerve root. His treating physician clearly noted the multiple disc bulges at different levels in his low back coincided with his prolonged back pain, as well as the numbness and pain radiating down his legs.

The client eventually had to undergo multiple lumbar median branch nerve blocks to obtain some amount of relief from his symptoms. Our Plano personal injury attorneys submitted a settlement proposal and the carrier, a major insurance company, tendered the policy limits without negotiation.

This particular client had been in a car accident not long before the wreck we were representing him for. I obtained his prior medical records and included them in the demand. The prior records clearly indicated the client had no complaints whatsoever of radiculopathy or numbness following the previous auto accident. This allowed me to demonstrate to the insurance adjuster that we weren’t attempting to anything and that his new symptoms obviously resulted from the most recent accident at issue.

A medial branch nerve block is similar to a facet joint block except the local anesthetic is placed outside the joint space near the nerve that supplies the facet joint.

The settlement for this claim involving spinal injuries as a result of a car wreck in Plano, TX was $100,000. Attorney fees were $33,333.33. Case expenses were $299.11. After paying medical providers, the client’s net recovery was $34,780. This was an outstanding result at the full policy limit.