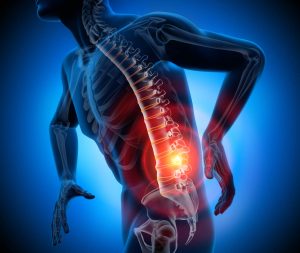 Our client was driving in the far left lane traveling southbound on IH 35 in Dallas, TX when suddenly, and without warning, a negligent motorist in the far right lane attempted to cross multiple lanes of traffic. This caused her automobile to violently collide with our client’s vehicle.

Comment from Attorney Joseph Morrison: This was a major property damage wreck. It is inexplicable that a driver would attempt to cross so many lanes at one time on a major highway like IH 35. From the onset of the personal injury claim we let the liability adjuster know that we believed the at-fault driver’s actions were not only negligent but completely reckless.

Our client went to the Emergency Room with immediate complaints that included right shoulder pain. He was prescribed pain medication but was forced to seek additional medical care when it failed to provide him adequate relief.

He began physical therapy and rehabilitation efforts for his shoulder pain as well as low back pain. He was eventually referred to a pain management physician due to continued radiating pain. An MRI of the shoulder revealed edema at the acromioclavicular joint and an MRI of the lumbar spine demonstrated a herniated disc with an annular tear.

Most annular tears are degenerative in nature but in this case we were able to establish that the tears in question were the direct result of the trauma our client sustained in the motor vehicle accident.

It bears noting that annular tears can subsequently lead to degeneration in other parts of the spine. Fortunately, our client obtained significant pain relief after undergoing two lumbar epidural steroid injections. I was very happy with the result Mullen & Mullen Law Firm obtained for the client – a pre-suit settlement significantly above his medical bills.