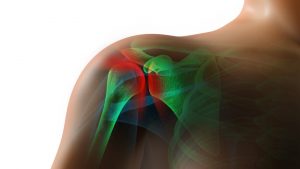 Our client was driving northbound at 1000 S. Ravina Dr in Dallas, TX. Another motorist was in a minivan traveling westbound at 2900 W. Clarendon. Our client stopped at a stop sign, waited for her turn, then proceeded into the intersection. The at-fault driver disregarded her stop sign, failed to yield the right of way, and hit our client’s automobile sending her crashing into a steel fence/barrier.

Early on in this personal injury claim it became evident that our client’s right shoulder injury was the primary source of her pain. Given her complaints of significant pain, an MRI was quickly ordered which revealed that she had sustained a complete full thickness tear of her supraspinatus tendon. An orthopedic surgeon opined that surgery would be necessary for her to fully recover.

Comments from Attorney Joseph Morrison: Given the serious nature of her injury, I quickly attempted to secure both the liability and underinsured motorist policy limits. The client had health insurance. I knew the best option for her would be to obtain full policy limits prior to having surgery.

I desperately wanted her to be compensated as much as possible for the significant injury she sustained prior to settlement. I knew that if she had the surgery her health insurance company would assert its subrogation rights and potentially eat up a large portion of the settlement funds.

Remember: If your health insurance carrier, Medicare, Medicaid, or Tricare pays bills that arise from your personal injury claim, they are entitled to be reimbursed if you receive monies from a third-party. This is commonly referred to as the right to subrogation.

I sent a Stowers demand to the liability carrier and they quickly tendered their $30,000 policy limits. I also sent an underinsured motorist policy limits demand to my client’s automobile insurance carrier and included copies of her prior medical records. I knew the insurance carrier would want to see them. By doing so I made sure the client’s case wasn’t unnecessarily delayed, and signaled to the carrier that we were 100% transparent.

The client’s past medical expenses were over $19,000, but many insurance adjusters unfortunately think claims are about bills and not people. The adjuster initially refused to tender the underinsured motorist limits and questioned why the client hadn’t yet had surgery. I explained to the adjuster that I wanted the client to receive the majority of the settlement funds instead of her health insurance company, through its right of subrogation.

I didn’t immediately transfer the file to litigation. I worked with the claims adjuster and provided her with additional information and an affidavit from my client/her insured that ultimately led to an offer of full underinsured motorist policy limits. By obtaining all available funds without the need for a lawsuit, and prior to the client having surgery, Mullen & Mullen Law Firm was able to make sure she had the best possible financial recovery possible under the circumstances.

The settlement for this personal injury claim involving a rotator cuff injury as a result of a car wreck in Dallas, TX was $60,000. Attorney fees were $15,000. Case expenses were $461.21. After paying medical providers, the client’s net recovery was $33,380.79. This is an outstanding result at policy limits for a client with documented future medical costs.