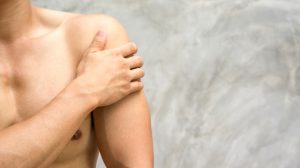 $45,500 settlement for AC Joint Separation injury in Carrollton, TX car wreck by attorney for client with medical bills that were under $5k.

Our client was a passenger in an automobile traveling northbound in the middle lane of Sam Rayburn Tollway in Carrollton, Texas. The at-fault driver was behind them in the same lane and was distracted and violently rear-ended them. The at-fault motorist admitted consuming alcohol to the investigating police officer. Field sobriety tests were performed but the officer determined he was not intoxicated.

Comments from Attorney Shane Mullen: Even though the officer determined the at-fault motorist was not intoxicated I consistently raised his consumption of alcohol to the insurance adjuster. It was my strong opinion that jurors would consider that as a major factor when determining my client’s non-economic damages. His decision to have a few beers and negligently operate a motor vehicle could have killed a husband and father of two.

Remember: If you are injured in a car wreck due to the negligence of another driver you may be entitled to a number of various damages. These damages include both economic as well as non-economic damages.

Insurance adjusters often want to tie non-economic damages to the amount of the injured victim’s medical bills. They sometimes make offers based on a multiple of the incurred medical bills. In this case our client’s medical bills were very small – roughly $4,000. As his injury attorney, I wasn’t about to evaluate my client’s damages based on some arbitrary formula or number.

At the end of the day cases are about people not bills. This was a husband and a father who was involved in a major collision. He suffered a real injury that had a real impact on his life. He had difficulty raising his arm above his shoulder. He had difficulty reaching behind his back. It took him many months to recover from his injury and physical therapy was a time-consuming and burdensome process. I made the case about a human being – not some medical bills. I’m very proud we were able to obtain a $45,500 recovery, even though the medical bills were low.