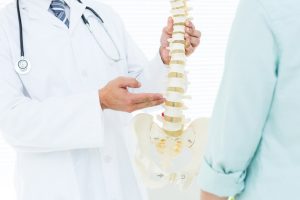 $115,000 settlement by attorney for facet joint back injury in Fort Worth, TX car wreck for client hit by commercial vehicle.

Our client was driving eastbound at or near 100 NE 23rd Street in Fort Worth, TX. A driver in the course and scope of his employment for a large corporation was operating a rental vehicle traveling northbound at or near the 2300 block of North Main Street. The employee was inattentive and ran a red light causing a major impact with our client’s automobile.

The investigating officer for the Fort Worth Police Department placed 100% fault on the distracted motorist in the Texas Peace Officer’s Crash Report arising from the loss. Our client did not seek emergency medical treatment at the hospital.

Remember: Texas recognizes the doctrine of respondeat superior which holds an employer legally responsible for the wrongful acts of an employee if said acts were committed in the course and scope of employment. Accordingly, the at-fault motorist and his employer were both liable for the injuries our client sustained.

Comments from Attorney Joseph Morrison: The at-fault motorist worked for a well-known corporation. We immediately filed claims with the claims department for the rental car agency as well as with the motorist’s employer.

Our client, who had low back pain prior to the wreck, aggravated his pre-existing spinal injuries and sustained small cervical disc protrusions as a result of the impact. We assisted him in securing medical services from a physical therapy facility which later referred him to a pain management doctor due to the nature of the injuries he sustained.

In addition, Mullen & Mullen was able to get a major hospital to delay billing for the facility fee until the conclusion of his case.

Our client had low back pain prior to the car wreck and had undergone injections roughly eight months prior. It was readily apparent, however, that the major accident he was involved in aggravated his pre-existing condition, caused increased pain and discomfort, and necessitated the additional injections. His pain management doctor stressed that the injections she performed were due to lumbar facet injuries as opposed to degenerative disc disease.

The settlement for this personal injury claim involving a lumbar facet joint injury as a result of a car wreck in Fort Worth, TX was $115,000. Attorney fees were $31,267.43. Case expenses were $190.14. After paying medical providers, the client’s net recovery was $31,267.43. This was a fantastic result given the client’s prior complaints of back pain.

$85,500 Settlement for Lumbar Disc Injury in Fort Worth, TX

$85,000 Settlement for Apartment Complex Accident in Fort Worth, TX