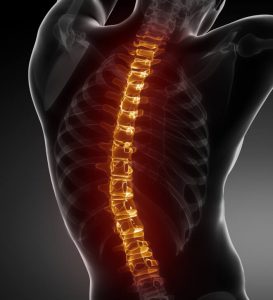 $30,000 policy limit settlement for facet joint injury in Arlington, TX car wreck by attorney for client with no health insurance.

Our client was injured in a car wreck that occurred in Arlington, TX. He was rear-ended by an at-fault driver with no liability insurance. We quickly moved to set-up an uninsured motorist (UM) claim with our client’s insurance carrier. This is referred to as a “first-party” claim.

Our client did not have health insurance so we assisted him in securing the medical attention he needed and deserved with no out of pocket. The client was able to receive physical therapy, multiple MRIs, durable medical equipment, prescription drugs, a nerve conduction study, a functional capacity examination, and pain management – all at no up-front cost.

Comments From Attorney Joseph Morrison:  Unfortunately, many of our client’s do not have health insurance. When an accident happens and they are injured they don’t have the financial means to get the treatment they desperately need. Our personal injury law firm assisted this client in securing the services of several specialists to help him recover from his injuries. Even though the results of the lumbar MRI were normal we pointed out the findings of his pain management doctor and demanded the payment of full policy limits.

Remember: Your own insurance company, unlike the carrier for the at-fault party, owes you duties of good faith and fair dealing. Our client paid his automobile insurance carrier a premium every month to be protected in the event he was involved in a car wreck with an uninsured or underinsured motorist. When he was forced to utilize his own insurance, we argued the carrier’s duties of good faith and fair dealing, which left little doubt full policy limits should be tendered.

The $30,000 settlement for this personal injury claim involving a facet joint injury caused by a car wreck in Arlington, TX was the policy limit. Attorney fees were $7,500.00. Case expenses were $143.95. After paying medical providers, the client’s net recovery was $7,500.00 and he received the medical attention necessary to fully recover.

$115,000 Settlement for Facet Joint Injury in Fort Worth, TX