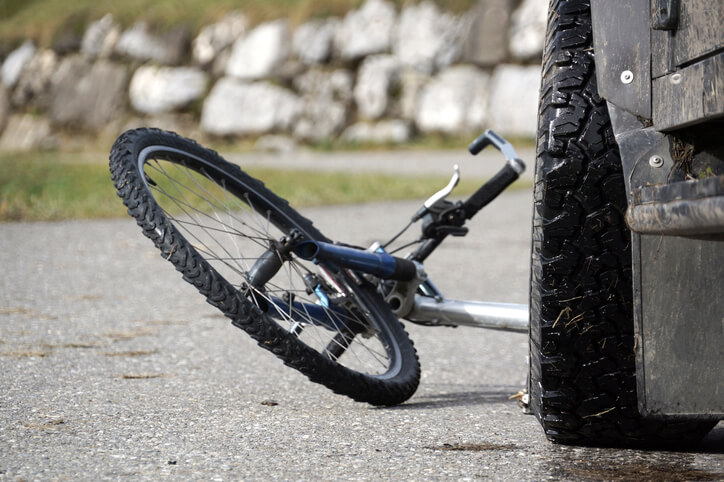 $350,000 for carpal tunnel injury in Plano, TX bicycle accident by attorney for cyclist hit by a commercial truck.

Our client was riding her bicycle on the sidewalk traveling north on Alma Road in Plano, Texas approaching Plano Parkway. She came to a stop before proceeding though the intersection. While making a right turn, a negligent commercial truck driver failed to yield the right of way and hit her knocking her to the ground.

The driver of the commercial vehicle left the scene but was later tracked down by witnesses. Our client sustained a large hematoma and numerous cuts and scrapes and had to be taken to the hospital via ambulance.

Comments from Attorney Joseph Morrison: It was unbelievable to me that the commercial truck driver left the scene of the accident. I just couldn’t fathom that he wouldn’t have known that he hit our client. Thankfully witnesses were able to follow the driver and eventually get him to pull over.

I was absolutely shocked when we obtained the police report and it faulted our client.  I didn’t believe the report was accurate and went to work assisting her with getting the medical attention she desperately needed and deserved.

The client’s primary injuries were to her low back and left wrist. She was diagnosed with post-traumatic carpal tunnel syndrome in her left wrist and eventually was required to undergo open carpal tunnel release surgery. An MRI of her lumbar spine revealed disc herniations. Her physical therapist referred her to a pain management physician. Our client underwent lumbar epidural steroid injections that provided temporary relief.

The commercial truck driver was charged with a crime for leaving the scene of an accident causing bodily injury. I communicated with the prosecutor and was able to confirm that at least one witness would confirm our client’s account of the bicycle accident.

Our Personal Injury Lawyers in Plano submitted a settlement proposal and a pre-suit mediation was scheduled. At the mediation I repeatedly argued that a fault-free driver would not leave the scene of an accident. It was common sense that the driver knew he was in the wrong and attempted to flee from the accident he caused – leaving our client bruised and bloodied in the street.

I also obtained information indicating that the same driver had previously fled from the scene of a different car wreck and knew a jury would be greatly angered by the fact he hadn’t learned his lesson. A favorable police report is always preferred, of course, but I wasn’t about to give up the fight because a police report was inaccurate.

I was really pleased that we were able to overcome the odds and help the client get the civil justice she truly deserved.

The settlement for this claim involving lumbar spine and wrist injuries as a result of a bicycle accident in Plano, TX was $350,000. Attorney fees were $98,000. Case expenses were $768.46. After paying medical providers, the client’s net recovery was $147,897. This was a fantastic result given the inaccurate police report.