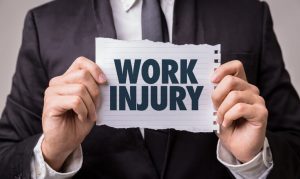 $123,500 settlement for toe stress fracture in Dallas, TX work accident by attorney for client with medical bills under $15k.

Our client, a truck driver, went to pick up a load at a warehouse in Dallas, Texas. He was waiting by his truck while a warehouse employee picked up pallets with a forklift to load them. As the warehouse employee picked up the last pallet with the forklift he cut the wheel too sharp and caused the back end of the forklift to run over our client’s right foot. Our client’s manager took him to a health clinic when he returned to his place of business. Since our client was hurt on the job he filed a Workers’ Compensation claim.

Remember: Often times you can simultaneously pursue a Workers’ Compensation claim and a personal injury claim. This particular client was able to pursue a Workers’ Compensation claim because he was injured during the course and scope of his employment. He was able to also pursue a personal injury claim because his injuries were caused by the negligence of a third-party – the warehouse employee operating the forklift. If you are injured on the job it is important to consult with a Dallas personal injury law firm to determine your legal rights.

The initial health clinic diagnosis was a crush injury of the right foot, contusion, and swelling. Our client was sent to a Workers’ Compensation foot specialist who diagnosed a stress fracture in one of his toes. The client continued to treat with Workers’ Compensation doctors and became frustrated with his lack of progress.

Comments from Attorney Joseph Morrison: Workers’ Compensation doctors are not necessarily the best advocates for injured workers. Their referrals typically come from the employer hence the term “company doctor.” Employers obviously have a vested interest in keeping costs down and getting injured workers back to work as soon as possible.

Injured workers don’t generally get the medical attention and care they need and deserve when navigating the Workers’ Compensation system. When the client became frustrated with his lack of progress I was able to refer him to an independent physician that had his best interests in mind – not some company’s.

The independent physician reviewed the prior MRI and disagreed, stating that it did not show a significant abnormality. He identified a mass that appeared to be a fibroma, avulsed plantar plate, or partial tear of the long flexor tendon. The independent physician performed a scar mass excision and tissue pathology confirmed fibroma. Essentially, the foot injury caused uncontrolled cell growth that resulted in the formation of a benign, tumor-like growth made up of mostly fibrous or connective tissue.

The client had complained that it felt like he was walking with a piece of gravel under his toe. Workers’ Compensation doctors acted like nothing was wrong and eventually told him to just go back to work. The independent physician gave validity to his complaints and allowed him to become pain free through treatment.

When I negotiated with the adjuster I argued for increased mental anguish damages given the client’s frustration with having to deal with a broken system that left him limping for months. I was able to help the client recover all of his lost wages, not just for the period of time where the Workers’ Compensation doctors restricted him from working. Pointing out that the warehouse didn’t notify OSHA of the incident, even though an inherently dangerous forklift was involved, put a great deal of pressure on the liability carrier. This settlement is one I’m really proud of.

The settlement for this ersonal injury claim involving a toe stress fracture at work in Dallas, TX was $123,500. Attorney fees were $34,580. Case expenses were $147.56. After paying medical providers, the client’s net recovery was $66,452.68. This was a fantastic result for a case where the client incurred relatively low medical bills.