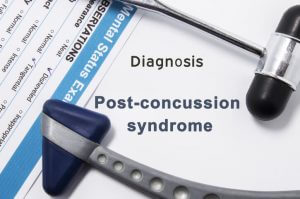 $202,501 settlement for post-concussion syndrome head injury in Plano, TX car wreck by attorney for client who was T-Boned.

Our client was operating a motor vehicle traveling westbound in the center lane of Tennyson Parkway in Plano, Texas. A distracted motorist failed to yield the right of way and attempted to make a left turn onto Bishop Road when it was unsafe to do so.

Comments from Attorney Joseph Morrison: This was a major wreck and both vehicles involved sustained significant property damage. Our client sustained small disc herniations in his spine but his main complaints were severe headaches, dizziness, and concentration difficulty. His neurologist diagnosed post-concussion syndrome and our client had to undergo balance therapy, neuro re-education, and vestibular rehabilitation to obtain relief from the above symptoms.

Remember: Although symptoms from most mild traumatic brain injuries subside, a small percentage of people (5-15%) will suffer chronic symptoms and impairments. They are often referred to as the “miserable minority.” It is always wise to get medical attention if you sustain a head injury in a motor vehicle accident!

Thankfully, this client was not a member of the “miserable minority.” He was able to resolve his symptoms with the assistance of a well-respected neurologist who delayed billing him until the conclusion of his case. That said, this was undoubtedly a terrifying experience for him.

Having to undergo balance therapy tells you all you need to know about the impact the car wreck had on his life. He had to deal with significant anxiety and the injuries impacted both his job performance and his relationships. I was really happy our Plano personal injury law firm was able to obtain such a good settlement for him. He absolutely deserved it.