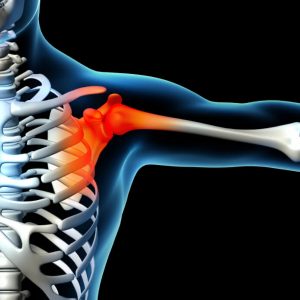 Our client, who served in the United States Air Force and Air National Guard, sustained soft tissue injuries when he was involved in an automobile accident in Selman City, TX. He was stopped at the intersection of SH 64 and SH 42. An inattentive motorist failed to control her speed and rear-ended his vehicle.

The client required physical therapy for injuries he sustained in the collision. He underwent an MRI and it revealed no herniated discs or pinched nerves in his spine. He was diagnosed with soft tissue injuries. When his neck/back pain persisted despite his best efforts in physical therapy, he was referred to a pain management doctor. The client elected to undergo injections in an effort to obtain complete relief. The injections were successful and his pain resolved.

Remember: Soft tissue injuries are real injuries that can lead to significant pain and discomfort. They can also impact your activities of daily living. Often times it takes months of physical therapy to recover from even sprain/strain injuries. If you have been involved in an auto accident you should not delay treatment because you “only” sustained soft tissue injuries.

Our firm submitted a settlement proposal to the insurance carrier for the negligent driver. The client’s pain complaints had been both consistent and persistent despite the lack of objective findings in his MRI results.

Soft tissue injuries, however, can really impact peoples’ lives. I stressed to the adjuster that our client did not ask to have to undergo months of physical therapy. I argued that having to attend weekly physical therapy in and of itself greatly interfered with his day-to-day life and work schedule. Needless to say, at our Dallas personal injury law firm, we don’t buy the argument that – because a client “only” sustained soft tissue injuries – they shouldn’t receive fair compensation.

The settlement for this personal injury claim involving soft tissue injuries as a result of a motor vehicle collision in Selman City, TX was $60,696.48. Attorney fees were $20,323.16. Case expenses were $227.16. After paying medical providers, the client’s net recovery was $24,619.32. This is an outstanding result for sprain/strain injuries.