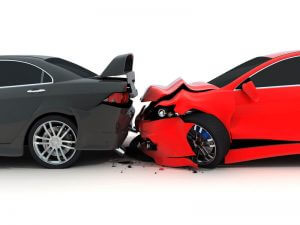 $21,500 settlement for soft tissue injuries in Mesquite, TX car wreck by attorney at Mullen & Mullen Law Firm for client who was rear-ended.

Our client was operating a motor vehicle traveling westbound on HWY 80 in Mesquite, Texas. Traffic came to a crawl due to congestion. A negligent motorist rear-ended a vehicle which subsequently rear-ended our client’s automobile. The police were not called to the scene and our client did not have to seek emergency medical treatment.

Comments from Attorney Joseph Morrison: Mullen & Mullen Law Firm routinely encounter the situation where a client does not have to go to the hospital right after a car accident but wakes up the next day with significant pain and discomfort.

Many times people will try to manage the pain for a few days to see if it resolves as this particular client did. She reached out to our Dallas personal injury attorneys when her neck and back pain persisted. She didn’t have health insurance and paying for therapy out of pocket was going to be difficult for her. We were able to assist her in finding a clinic near where she worked that agreed to delay billing her until the conclusion of her claim.

Remember: Car insurance companies always want to have their cake and eat it too. If someone goes to the emergency room right after an auto accident they usually suggest the person could have just waited a few days to see if they got better first.

If someone waits a few days before seeing a doctor they usually suggest the person couldn’t be “that hurt” since they didn’t need medical attention right away. It really shows you the mindset of the car insurance companies and how they will make whatever argument they can to delay, deny, or minimize a claim.

Our client began active physical therapy to recover from her cervical and lumbar soft tissue injuries. She would later discover – to her great joy – that she was pregnant. The pregnancy obviously impacted her rehabilitation efforts.

I argued to the insurance adjuster that the pregnancy aspect of this personal injury claim was a major consideration in how I valued it. Our client had to manage the pregnancy while simultaneously dealing with the pain and discomfort caused by the negligent motorist.

It made everything that much more difficult for her and impacted her recovery efforts. I was very happy that the client’s portion of the settlement ended up being almost $9,000 even though we could only demonstrate sprain/strain injuries.