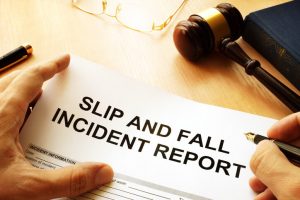 $250,000 settlement for leg laceration in Dallas, TX fall accident by attorney for client with medical bills less than $25,000.

Our client was an Invitee at a car wash in Dallas, Texas. She suffered a fall that resulted in a deep laceration to her left leg. Her fall was the direct result of a dangerous condition on the premises. She had to seek emergency medical treatment due to the serious nature of the injuries she sustained.

Comments from Attorney Joseph Morrison: This client suffered a significant cut that left her with a deep linear laceration that extended from her posterior calf to her anterior lower leg. The leg laceration had to be irrigated and closed by a surgeon. The surgeon noted that there was no obvious major neurovascular injury in the operative report, but the client had consistent and persistent complaints of numbness and tingling in her leg following the procedure. Our office was able to assist her in receiving medical services from a neurologist who agreed to delay billing her until the conclusion of her personal injury claim.

Remember: Numbness and tingling – in the context of a severe laceration – can often indicate some degree of nerve damage. Nerve damage and nerve pain is best diagnosed and treated by a neurologist.

The client’s numbness and tingling greatly improved over time. Her scar healed nicely but was still mildly visible over a year after the incident. The insurance carrier retained a defense attorney and indicated they wanted to attend a pre-suit mediation. At our Dallas injury law firm we are always willing to attend a pre-suit mediation if we feel it will be conducted in good faith.

After all, if the case settles pre-suit it often times will save the client thousands of dollars in increased expenses and attorney fees. The mediation was hard fought but ultimately resulted in a settlement that we were exceedingly pleased with. A $250,000 recovery on less than $25,000 in medical bills is quite an accomplishment.