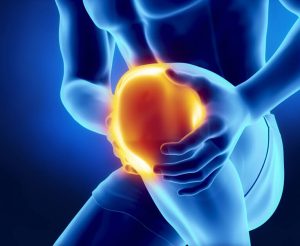 Our client, who previously served in the United States Army, was driving a vehicle traveling on IH 635 near Elam in Balch Springs, TX. A reckless driver attempted to move over multiple lanes very quickly and struck our client’s passenger side door. Property damage from the auto collision was substantial. The client began experiencing pain and discomfort in his neck, back, and right knee.

Comments from Attorney Joseph Morrison: During his physical rehabilitation it quickly became apparent the client’s right knee injury was the most troubling. He underwent an MRI of his right knee and it demonstrated a surface tear in the posterior horn of his medial meniscus. Thankfully the client did not need to undergo surgery as a result of the car wreck. He was able to obtain adequate relief undergoing an injection into his knee.

Our Dallas personal injury firm sent a Stowers demand to the liability insurance carrier demanding policy limits on behalf of our client. The liability carrier quickly tendered the policy limits in accordance with our request.

Remember: Personal injury claims involving objective evidence of injury almost always have a higher settlement value than those involving soft tissue injuries. An MRI is a diagnostic test that can provide insight into the nature of your injuries. It is important to remember, however, that not all MRI machines are created equal. Tesla (T) measures the strength of a magnetic field. A higher T rating means a better scan that is more likely to demonstrate an objective injury.  Mullen & Mullen has relationships with facilities that utilize state-of-the-art imaging.

This client deserved more than $30,000 given the nature of his injuries. Unfortunately, the at-fault driver only had a minimum limits policy and the client did not have underinsured motorist coverage on his policy. A background search of the at-fault driver indicated he did not have the financial assets to satisfy a larger judgment if one was obtained. It was unlikely that our client’s financial settlement would be higher if a lawsuit was filed and settlement was recommended.