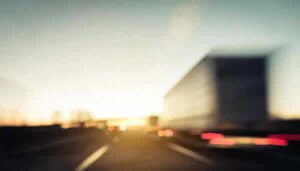 Our client was stopped in traffic near the 26500 block of E University Drive in Denton, TX. A distracted driver failed to control the speed of his large commercial truck and collided with several automobiles, including our client’s.

Remember: If you’ve been involved in a commercial truck accident, it is imperative that you contact a personal injury attorney as soon as possible. It is very important for an attorney to send a spoliation letter out immediately demanding the trucking company/driver/insurance carrier preserve evidence, including vehicle data and driver logs.

Our Dallas injury law firm quickly submitted a demand to preserve evidence to the company that owned and operated the truck. Our client had health insurance but couldn’t afford the co-pays and deductibles that would be necessary for her to obtain the comprehensive medical treatment necessary for her to recover from her injuries. We were able to assist her in securing treatment from a well-known therapy facility that agreed to delay billing until the conclusion of the case.

Comments from Attorney Joseph Morrison: Our client sustained several injuries as a result of the wreck. She experienced significant discomfort in her right knee, low back, and neck. An MRI of her knee demonstrated only a bone bruise and effusion. Thankfully, she sustained no tears.

The MRI of her cervical spine was normal and the MRI of her lumbar spine showed only a very small herniated disc. She was able to get relief from her neck pain after undergoing trigger point injections. Her lumbar pain was relieved by an epidural steroid injection and facet injections. Her knee pain subsided after a PRP injection.

Our client also had significant anxiety operating a motor vehicle following the trucking accident. We were able to assist her in securing the counseling she needed, again at no up-front cost.

Remember: Anxiety, panic attacks, nightmares, and depression are common emotions following a motor vehicle collision. An auto accident is a stressful experience and having someone to share the experience with can often aid in recovery.

This client certainly had physical injuries but I really focused the adjuster’s attention on the mental anguish the wreck had caused her. She was scared to drive for an extended period of time.

I explained to the adjuster that most motorists are already fearful of large trucks. Obviously that fear is going to be significantly increased if you happen to be in a major wreck with one. By focusing on this area of damages I was able to help the client maximize her recovery.

The settlement for this personal injury claim involving a knee injury and anxiety caused by a commercial truck accident in Denton, TX was $200,000. Attorney fees were $56,000. Case expenses were $206.87. After paying medical providers, the client’s net recovery was $101,037.63. This is a fantastic settlement by our lawyer that was over double the client’s incurred medical bills.