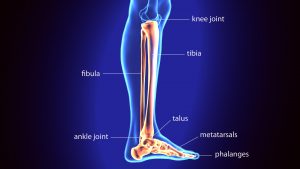 $242,500 settlement for knee injury in Dallas, TX  pedestrian accident by attorney for client hit by a trailer that detached from a truck.

Our client was leaning on his van that was parked in the shoulder of Lyndon B Johnson Freeway in Dallas as his dad worked to help load a vehicle onto a trailer. Another motorist was pulling a trailer and had failed to properly secure it. The trailer detached and struck other automobiles before striking the van and violently knocking our client (a pedestrian at the time) to the ground.

Comments from Attorney Shane Mullen: Our client had to seek emergency medical treatment and ER physicians diagnosed a tibial fracture. He did not have health insurance so I assisted him in locating medical providers who would agree to delay billing him until his case had concluded. He was able to obtain physical therapy services, MRIs, pain management, and orthopedic consultations with delayed billing. It is always rewarding to help someone without health insurance to get the quality medical care they need and deserve.

Remember: There is no “rule” that an insurance company has to pay you a multiple of your medical bills as damages. In fact, many insurance carriers will typically offer claimants LESS than their medical bills alone. The quality of your injury legal representation could have a major impact on the amount of non-economic damages that are considered on your personal injury claim.

The client really wanted to avoid surgery for his tibial fracture and meniscus tear. His treatment was rather conservative and his medical bills ended up being less than $50,000. Attorney Shane Mullen prepared a settlement demand letter. His superior level of communication with the client really helped when it came to negotiating on his behalf.

Shane knew the client’s story and how the incident had significantly impacted his life. Shane was able to get the insurance company to offer $242,500 – even though the client’s medical bills were less than $50,000. He was not about to let the insurance adjuster suggest that our client’s non-economic damages should be capped at some arbitrary multiple.