What Are Punitive Damages in Texas and Can You Get Them? 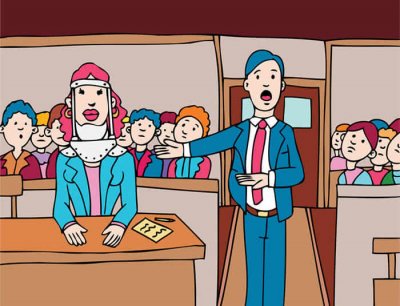 If you file a personal injury claim in Texas, you may be able to collect punitive damages. Find out what they are and how you can get them.

What Are Punitive Damages?

When you file a personal injury claim, it’s your goal to get something back for what you lost as a result of the accident. In their purest sense, punitive damages are assigned to:

How Do You Get Punitive Damages?

To get punitive damages, the defendant has to act in a particularly outrageous, malicious, evil, or fraudulent way. Punitive damages are actually rarely awarded. You might think they’re common – but that’s because they happen most often in high-profile cases you hear about in the news.

A recent situation where punitive damages were awarded was against car manufacturer Hyundai. A Montana judge ordered them to pay $73 million for defective steering knuckles that led to the deaths of 2 teens. Hyundai had been notified for more than a decade of problems with their steering knuckles, yet failed to take action. Jurors set the original award at $240 million, while Hyundai requested to cut the award to $1 million.

How Do Punitive Damages Get Awarded in Texas?

In Texas, the jury must unanimously agree to award punitive damages. They also have to agree on the amount.

When they decide the amount, however, they do not have information regarding punitive damage caps. So, they may offer sizable awards, when in reality an appellate court will reduce them to the cap levels or below. In some cases, punitive damages get taken away entirely.

And then, to confuse the whole issue even further, the caps are found not to apply in certain cases. For example, in Phillips v. Bramlett (2007), the court found the damages cap did not apply because the case’s facts made “Stowers doctrine” applicable. This doctrine allows an insured person to bring a claim against the insurer if that insurer negligently fails to settle a claim within the policy’s limits.

Vicki Bramlett had died because of postoperative bleeding, and her family brought a wrongful death claim against the treating physician. $11 million in actual damages and $3 million in exemplary damages were awarded.

If you think you’ve been injured as a result of someone else’s negligent or careless conduct, you need an experienced personal injury advocate who cares about your legal outcome. Don’t ignore the situation or try to handle it on your own – the other parties usually do not want to settle fairly. Instead, hire a lawyer to help you get the just financial compensation you deserve.

Should You Get Compensation for Pain and Suffering?

How Much Personal Injury Compensation Can You Get in Texas?