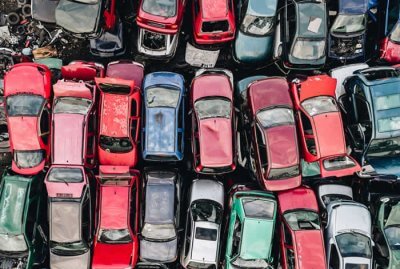 What is gross negligence? If you can prove it, you can likely recover more compensation for your injuries. Learn more from Mullen & Mullen.

You can usually get more compensation from your car accident claim if you can show the at-fault driver acted with “gross negligence.”

You may even be able to collect punitive damages, which courts award to punish a particularly willful offender in hopes of convincing them to never engage in similar conduct again.

Texas law defines a grossly negligent act as one:

Now that you understand the legal definition of gross negligence, take a look at some examples:

Knowingly Driving a Car in Need of Serious Repair

You’ve seen them before: cars that look like wrecks which shouldn’t be driven at all.

If the driver knows of a serious problem with their car, such as the brakes not working, and they cause an accident, they may be grossly negligent in their behavior.

Drunk driving is actually a little bit of a gray area. It’s certainly negligent. But it may or may not be grossly negligent.

In Texas, driving with a BAC of .08 or higher is considered drunk driving.

Now if the driver blows a .10, you may have a difficult time showing gross negligence. That takes maybe a few drinks. And it honestly may be hard for them, or anyone else, to tell that they are legally drunk.

However, if the driver was blackout drunk and had a BAC of .20 or higher, then you have an excellent chance of showing gross negligence.

Other Generally Reckless Behavior That Puts People at Risk

This driver in Milwaukee, Wisconsin had a buddy who climbed out of the car (while driving) and did pushups on the roof of the vehicle.

Now I’m not sure they ever caught the guy. And they did not cause an accident.

But if they did, you’d have a great chance of showing they were “grossly negligent.”

If the driver and his buddy were high, you’d have an almost guaranteed chance of proving gross negligence.

Gross negligence depends on the actions of the at-fault driver. And you can get awarded additional compensation if the other driver was in fact grossly negligent.

Sometimes, gross negligence can be hard to prove. And that’s why it makes sense to hire the best personal injury lawyer you can find.

Consultations Are Free So Talk To A Lawyer Today.

How Do You Prove a Truck Driver’s Negligence in an Accident?

What Role Does Negligence Play in Slip and Fall Accident Cases?