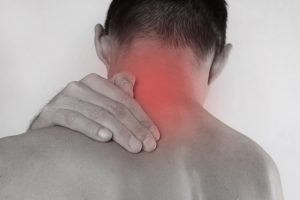 Our client, a disabled Veteran of the United States Air Force, was a passenger on a DART bus that was headed northbound in the center lane of the Dallas North Toll Rd near Mockingbird Ln. A commercial vehicle that was also traveling northbound was in the left lane. The driver of the commercial vehicle failed to maintain his lane and the rear passenger side of his tow truck collided with the wheel area of the Dart bus. Property damage was not substantial.

Comments from Attorney Joseph Morrison: I knew from the onset that the insurance company for the commercial vehicle would argue “minor impact” despite the fact the collision involved two large vehicles. Our client was sitting next to a metal pole at the time of the collision and his body struck it when the auto accident occurred. We informed the insurance adjuster of the mechanism for his injuries at the onset of his personal injury claim, as opposed to months later. Having a consistent message from the inception of a case is incredibly important.

Our client required physical therapy for his injuries. We were able to assist him in locating a clinic that would delay billing him for services until the conclusion of his case, so he could focus on recovering and avoid the financial stress that would accompany significant unplanned medical expenses. Although he briefly experienced radicular symptoms, an MRI demonstrated no objective findings and he was diagnosed with sprain/strain injuries to his cervical and lumbar spine.

Remember: Soft tissue injuries often result in swelling, pain, muscle spasms, and difficulty moving. A sprain is an injury to a ligament usually caused by a twist or wrenching movement. A strain is an injury to a tendon or muscle and can be caused by force or stretching. If you have suffered a sprain or strain, do not assume that it is a minor injury. Certain sprains/strains can result in permanent impairment and/or take months to recover from.

The client’s medical expenses totaled over $17,000. Our Dallas injury law firm submitted a settlement demand on his behalf and were eventually able to get his case resolved without the necessity of costly and time-consuming litigation.

Given the nature of the client’s injuries, and the minor property damage to the respective vehicles, I was very pleased with the $25,000 gross settlement we negotiated. In every single case the insurance adjuster will argue some of your medical treatment was either unreasonable or unnecessary.

They will always argue that your medical bills were too high. In the instant case, however, I held firm that the client’s treatment was both reasonable and necessary, and allowed him to properly recover from his injuries. I made sure the adjuster knew that, even though our client was only diagnosed with soft tissue injuries, he deserved to be adequately compensated for the pain and discomfort her insured had caused him.