How Can You Overcome Your Teen’s Objections to Wearing a Seatbelt? 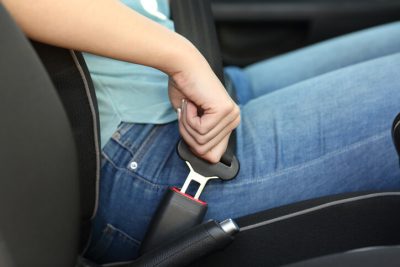 Those stubborn teens… Here’s a post about how to get through to them about wearing a seatbelt from Mullen & Mullen Law Firm.

Remember what you were like when you were a teen?

Did you smile and say “yes” and do exactly what your parents said every single time, realizing that they’ve walked your path before and might know a little more than you?

…If only teenage minds worked that way, right?

Or, did you smile and say “yes,” immediately discard what your parents said, and then go and do precisely whatever you wanted?

Maybe you were openly defiant and started arguments with your parents, trying to prove your case to them and why they’re wrong.

Truthfully, your brain doesn’t fully develop until around the age of 25. So, you, and your teenage son or daughter, simply can’t fully comprehend reality until that age.

Well then what do you do when you have a teen who won’t wear their seatbelt, and can’t be reasoned with because they already know everything?

It’s frightening to consider because:

Here’s how to get through to your teen:

An Ounce of Prevention Is Worth a Pound of Cure

Yep. This old cliche certainly holds true with teens. You can talk to your teen until they’re blue in the face on some issues, and it won’t make even the slightest difference.

So when it comes to wearing seatbelts and driving (or riding) safely, reinforce those behaviors well before they’re teens.

Have those talks before they learn to drive. No doubt your child will have these conversations in school.

But they’re even more likely to follow through when you model and encourage these behaviors at home.

If you have a personal story of a friend or family member who got injured or killed in a car crash as a result of not wearing their seatbelt, that can be quite effective too.

Create a System of Rewards and Consequences

Involve your teen in creating this system. Let them choose rewards for wearing their seatbelt and driving safely.

Have them set their own consequences for not wearing their seatbelt (but make sure they’re reasonable). That way, if you have to lay down the law, they’ll be much more likely to accept the punishment.

So you have a teen who is just one stubborn ass about wearing their seatbelt. They don’t want to wear their seatbelt even when riding in your car with you driving.

Don’t argue. Give them a couple minutes to put it on. If they don’t, take your keys out of the ignition and go in your home.

If they continue to fight and argue about this, and they won’t wear a seatbelt when they drive either, ask a local police officer to come talk to them about wearing their seatbelt. Do this unannounced.

Consider other extreme behaviors like showing up to pick them up at school in your pajamas (or whatever might cause public humiliation for them).

You understand the importance of wearing a seatbelt, and your teen’s mind simply isn’t fully ready to.

So, it’s up to you to have the willingness to do whatever it takes for the good of your son or daughter.

You can’t control your teen. But you can take strong measures to greatly reduce their chances of losing their lives because they chose not to wear their seatbelt.

Does Not Wearing a Seatbelt Affect Your Car Accident Injury Claim?

How Can You Protect Your Teen Driver from an Auto Accident?

Who is Liable if Your Teenager Causes a Car Accident?

How to Protect Your Vulnerable Occupants