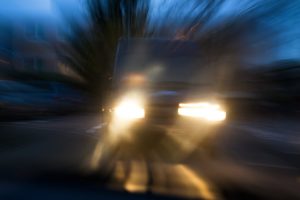 $32,500 policy limit settlement for whiplash in The Colony, TX car wreck by attorney for client hit by drunk driver.

Our client was a passenger in an automobile traveling northbound in the right hand lane of the 5000 block of Main Street in The Colony, Texas. An intoxicated motorist was traveling in the left lane and unsafely changed lanes. As a result, he sideswiped our client.

Remember: If you have been involved in a car accident with a drunk driver you are likely entitled to punitive damages. These damages, which are meant to punish, are available when the at-fault party’s conduct is grossly negligent or reckless. Operating a motor vehicle while under the influence of alcohol certainly qualifies as reckless conduct.

The at-fault motorist attempted to flee the scene but was apprehended by law enforcement. Our client was evaluated at the hospital and immediately released. She contacted Mullen & Mullen when the pain in her neck, back, and shoulders persisted. We were able to assist her in securing the services of a family medical doctor who agreed to oversee her recovery while delaying billing until the conclusion of her car accident injury case.

Comments from Attorney Joseph Morrison: Thankfully the client’s injuries were soft tissue in nature. It’s important to remember, however, that even sprain/strain injuries can take months to recover from. I was really happy her treatment was under the direction of a UT Southwestern physician.

The client’s recoverable medical bills, at the conclusion of her treatment, were roughly $4,300. Mullen & Mullen Law Firm submitted a Stowers demand for the available policy limits.

We continue to believe cases are about people, not bills. This case was about a drunk driver who hurt someone and fled the scene of the wreck like a coward. I could, frankly, care less that the client’s medical bills were low. The insurance carrier needed to pay the policy limits. I sent a strongly worded Stowers demand letter, and the carrier, aware of our injury law firm’s reputation, quickly tendered a fully policy limits settlement.

The settlement for this personal injury claim involving a whiplash as a result of a car wreck in The Colony, TX was $32,500. Attorney fees were $10,741.67. Case expenses were $137.45. After paying medical providers, the client’s net recovery was $18,916.86. This is an outstanding result at all available policy limits.

Examples of Other Accident Injury Cases We’ve Won in The Colony, TX