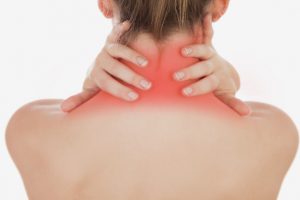 $30,000 policy limit settlement for whiplash injury in Dallas, TX car wreck by attorney for client with medical bills below $10k.

A woman was injured in a motor vehicle collision in Dallas, TX and retained Mullen & Mullen Law Firm. Liability should have been fairly straightforward, but surprisingly the police report associated with the series of accidents incorrectly stated our client’s actions contributed to the wrecks. Our Managing Attorney Shane Mullen acted quickly to confirm the report had an inaccuracy.

Comments from Attorney Joseph Morrison: It really is important for a client to contact us as soon as possible following an auto accident. If you hire a guide for a trip you would want him or her to be there at the beginning of the journey. The guide knows the way through the jungle. He knows the shortcuts and the landmines. We were retained a few days after the car accident. That allowed our law office time to make contact with the Investigating Officer quickly, while he could still recall the incident.  The Officer gave a recorded statement to the insurance carrier advising them that our client was not responsible for the collisions and stated the discrepancy in the report was an error.

Remember: Our personal injury law firm has a private investigator on staff to assist in developing the evidence needed to win your case. We provide his services at no charge to our clients.

Attorney Shane Mullen quickly confirmed that the recorded statement the Investigating Officer had provided to the insurance company placed complete responsibility for the loss on an uninsured motorist.

We filed an uninsured motorist claim on our client’s policy and assisted her in obtaining all necessary medical treatment to recover from the personal injuries she sustained in the car wreck. The client’s past medical expenses were $9,928.52 and she was diagnosed with soft tissue injuries. She did not undergo an MRI.

Shane submitted a settlement proposal when our client completed her course of therapy for the injuries she had sustained. He was able to convince the insurance carrier to offer the full policy limits of $30,000, even though the client sustained only whiplash sprain/strain injuries and had medical bills below $10,000.

Comments From Attorney Shane Mullen: I was really pleased with the result of this personal injury claim. It is certainly true that the client’s medical bills generally have a big impact on case value. That said however, we always stress to the insurance adjusters that cases are about people, not bills.

It is also generally true that cases involving objective injuries have greater case value than soft tissue injury cases. We try to get the insurance adjusters to understand that even whiplash injuries can cause a person significant pain, stress, and hardship.

The settlement for this personal injury claim involving whiplash as a result of a car wreck in Dallas, TX was $30,000. Attorney fees were $8,400. Case expenses were $258.98. After paying medical providers, the client’s net recovery was $16,100. This is an excellent result for soft tissue injuries.