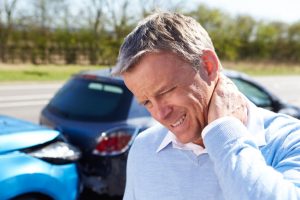 $14,948 settlement for whiplash injury in Coppell, TX car wreck by attorney at Mullen & Mullen for client with medical expenses below $6k.

A man was injured in an auto accident in Coppell, TX and hired Mullen & Mullen Law Firm to represent him. The at-fault party ran a red light and an independent witness confirmed liability. The police report associated with the car wreck assigned 100% responsibility to the at-fault driver.

The client was evaluated at CareNow in Coppell, TX the day after the motor vehicle collision. Our law firm assisted him in obtaining the necessary additional medical treatment he required to recover from the injuries he sustained in the car accident. His injuries were primarily the result of whiplash. He had sprain/strain injuries to neck, left shoulder, and back. He also sustained a forehead bruise that quickly healed.

Senior Associate Attorney Joseph Morrison submitted a settlement demand when the client concluded his treatment. He was able to convince the liability insurance company for the at-fault driver that caused the wreck to offer $11,000.00 – even though recoverable past medical expenses associated with his care were only $5,596.20.

Comments From Attorney Joseph Morrison:  This case worked out very well for the client. We recovered $3,948.00 in Personal Injury Protection (PIP) proceeds from our client’s insurance carrier in addition to the $11,000.00 offered by the at-fault driver’s carrier. The gross recovery of $14,948.00 in proceeds was just shy of three times the client’s past medical expenses.

I made sure the liability adjuster on the file knew that the bruise the client sustained in the car wreck constituted objective evidence of injury and that a jury would essentially be required to award at least some amount of non-economic damages. At the end of the day the client had only $5,596.20 in medical bills but had a net recovery in his pocket of $8,048.34. I was really happy for him.

Remember: Personal Injury Protection (PIP) is a no-fault insurance coverage you can add to your motor vehicle insurance policy to reimburse you at least a portion of medical expenses and lost wages incurred in a motor vehicle collision. It is relatively inexpensive to add it to your policy and our personal injury law firm highly recommends you do so.

The settlement for this personal injury claim involving whiplash as a result of a car wreck in Coppell, TX was $14,948. Attorney fees were $4,185.44. Case expenses were $237.02. After paying medical providers, the client’s net recovery was $8,048.34. This is a great result considering only soft tissue injuries were sustained.