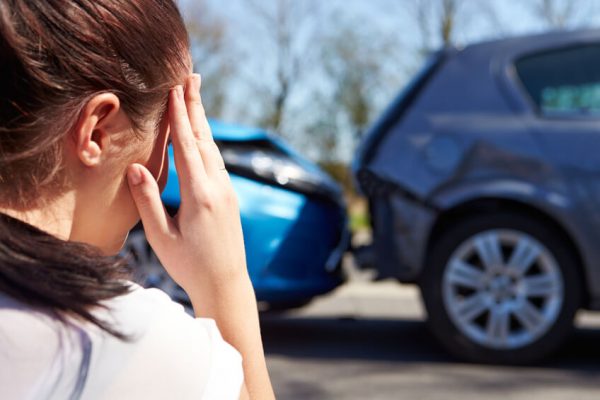 Our client was driving westbound on Interstate 30 near Ferguson Road in Dallas, Texas. Traffic slowed due to congestion and she brought her vehicle to a stop. A distracted motorist was traveling at an excessive rate of speed and failed to slow down. As a result, he rear-ended our client. She experienced pain and discomfort in her neck, low back, right shoulder, and right hip following the car wreck.

Comments from Attorney Joseph Morrison: This client had no prior personal injury claims. She did, however, have pre-existing cervical and lumbar conditions. Specifically, she suffered from degenerative disc disease and had previously undergone neck surgery.

Her vehicle was totaled. Insurance adjusters love to argue that claimants with pre-existing conditions couldn’t have been injured. I think that makes no sense whatsoever. After all, what rational human being wouldn’t believe that someone who already had a bad spine would be pre-disposed to experience additional pain and discomfort if they were involved in a major car crash?

She underwent extensive physical therapy due to her increased pain and discomfort following the car wreck. An MRI of her lumbar spine revealed a small disc protrusion. She underwent a lumbar epidurogram and transformational epidural steroid injection to obtain relief. In addition, she required cervical facet blocks in her neck as a result of the aggravation to her pre-existing degenerative disc disease.

Her lumbar MRI revealed annular fissures, allowing me to argue that the small disc protrusion was caused by the car wreck, as these fissures typically indicate a “fresh” or “new” injury. I argued that – although she had degenerative disc disease in her lumbar spine, the wreck caused new symptomology in the form of radicular pain in her right leg.

I directed the insurance adjuster to Otis Spunkmeyer, Inc. v. Blakely in which the court held that a tortfeasor takes the plaintiff as he finds her. This is commonly referred to as the “eggshell plaintiff” doctrine or “eggshell skull rule.”

I was able to demonstrate that it was foreseeable that someone who previously underwent neck surgery would suffer an aggravation of the condition that necessitated the surgery, given the car wreck at issue.

We obtained a full liability policy limits settlement for the client. In addition, Mullen & Mullen Law Firm also negotiated a settlement with her underinsured motorist carrier. The total settlement was more than double the amount of her recoverable medical expenses.

The settlement for this personal injury claim involving a spinal injury and aggravation of prior cervical injuries as a result of a car wreck in Dallas, TX was $58,537. Attorney fees were $19,512.33. Case expenses were $959.33. After paying medical providers and lien-holders, the client’s net recovery was $23,614.12. This is an outstanding result for a client who had neck and back issues prior to her auto accident.