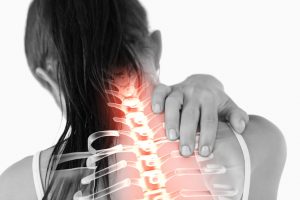 The wreck occurred at Midway Rd & Windhaven Pkwy in Plano, TX. The at-fault motorist was traveling south on Midway Road attempting to make a left turn onto eastbound Windhaven Parkway. Both drivers had green lights.

The inattentive motorist who caused the auto collision, however, did not have a green arrow and failed to yield the right of way. As a result, he hit our client. Two independent witnesses confirmed the wreck was caused by the at-fault driver’s failure to yield as documented in the Texas Peace Officer’s Crash Report.

It is important to try and identify witnesses after a car accident if you are able to do so. Use the recording function on your smartphone to get statement(s) from any witnesses and encourage any witnesses to remain at the scene until law enforcement arrives.

Comments from Attorney Joseph Morrison: Property damage to our client’s automobile was moderate and she did not have to go to the emergency room. However, she began to experience pain in the days following, which is not uncommon.

Many times your adrenaline is flowing after an accident and you don’t realize the full extent of your injuries. We assisted the client in securing the services of a UT Southwestern affiliated Medical Doctor to oversee her recovery efforts.

Our client’s initial complaints were pain in her neck, back, and shoulder. Her neck pain traveled down her arm and caused some weakness in her arm from time to time. When her pain persisted for more than 30 days, and due to the neuropathy in her arm, her treating doctor ordered a cervical MRI.

MRI results revealed a small cervical disc protrusion at C3-4. The client was eventually able to obtain significant relief through continued physical therapy and did not require any sort of injection to obtain relief from her symptoms.

I was very pleased with the result we achieved in this case. Mullen & Mullen’s Plano Personal Injury Attorneys assisted the client in receiving excellent medical care that allowed her to make a fantastic recovery from her injuries. The settlement we were able to obtain was well in excess of her recoverable medical expenses.