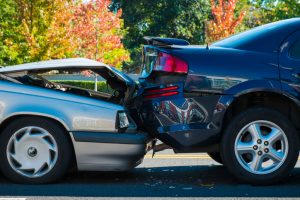 Our client, who formerly served in the United States Army, was driving west on interstate 30 in the left lane near 2nd Avenue. Traffic started slowing due to congestion. The at-fault driver was not paying attention and rear-ended our client’s automobile.

They both pulled over to the right shoulder and waited for law enforcement to arrive. The Texas Peace Officer’s Crash Report, arising from the car accident, placed 100% blame on the inattentive motorist.

Comments from Attorney Joseph Morrison: I really enjoyed representing this client. He went to his primary care physician (PCP) following the car wreck and complained of neck and back pain and contacted our office shortly thereafter.

Our attorneys assisted him in locating a rehabilitation clinic that would delay billing for his medical services until the conclusion of his personal injury claim. He was experiencing some radiculopathy, shooting pain from his neck going down his arm.

An MRI was ordered to identify the cause of the radicular symptoms. Fortunately for our client, the MRI results demonstrated only pre-existing degenerative disc disease, a condition that was obviously aggravated by the auto accident.

Remember: Some primary care physicians refuse to examine victims of car accidents because they do not accept third-party insurance and/or don’t want to get involved in a “legal skirmish.” Our Dallas personal injury law firm has relationships with medical doctors who have significant experience in assisting car wreck victims and who routinely testify to the reasonableness and necessity of their medical services when necessary.

The MRI demonstrated no objective injuries but our client’s radicular complaints continued. His pain management physician recommended cervical facet injections to alleviate the inflammation in his spine that was caused by the motor vehicle accident.

Facet joints are the joints between two vertebrae in your spine. Stiffness and pain in your neck following a car wreck often arises due to cervical facet syndrome. While it is true that degenerative changes in the spine can cause the syndrome it can also be caused by a local facet joint injury.

Our client had pre-existing degenerative disc disease in his cervical spine but prior to the accident he had no real complaints of neck or back pain. It was readily apparent our client sustained significant neck soft tissue injuries in the car wreck and that facet syndrome was responsible for the shooting pain he was experiencing.

Thankfully, the cervical facet injections allowed him to obtain substantial pain relief. It’s always rewarding when we can help a client obtain a great settlement and the pain relief they need and deserve.

The settlement for this personal injury claim involving soft tissue injuries as a result of a car wreck case in Dallas, TX was $60,000. Attorney fees were $16,800. Case expenses were $184.73. After paying medical providers, the client’s net recovery was $20,000. This was a fantastic result for predominately sprain/strain injuries.