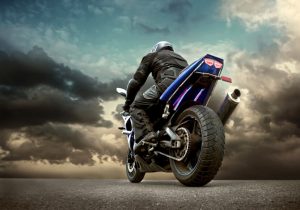 $50,000 settlement for hematoma injury in The Colony, TX motorcycle wreck by attorney for claim involving a minor surgical procedure.

A man was injured in a motorcycle collision in The Colony, TX and eventually hired Mullen & Mullen Law Firm to represent him. The at-fault party fell asleep and caused his car to collide with our client’s motorcycle knocking him to the ground. An independent witness confirmed liability.

The client’s primary injury was a hematoma that developed on his buttock. A hematoma is a collection of blood outside of a blood vessel and is sometimes referred to as a blood blister.  The client had to undergo a minor surgical drainage for the hematoma to resolve.

Remember:  Some hematomas may require no treatment whatsoever while others might be deemed a medical emergency. Our Dallas injury law firm believes that anyone who has sustained a hematoma should have it examined by a medical professional as soon as possible.

Senior Associate Attorney Joseph Morrison submitted a demand letter when the client concluded his treatment. He was able to convince the liability insurance company for the at-fault driver that caused the wreck to offer full policy limits of $30,000.00. In addition, he was able to recover the majority of funds available under the client’s underinsured motorist policy despite the client undergoing no real treatment to speak of besides the minor surgical procedure to drain the hematoma.

Comments From Attorney Joseph Morrison:  It is absolutely true that a picture is worth a thousand words. The photographs depicting our client’s injuries spoke volumes to the impact the motorcycle collision had on his life. It is absolutely imperative that accident victims secure photographs of any injuries they sustain following a wreck or other incident.

Photographs depicting an injury are almost always more powerful than a medical record simply describing it. In this particular case the injury photographs allowed our Dallas personal injury attorneys to help the client recover the majority of insurance funds available even though his medical treatment was rather limited.

Remember: Even a bruise or small laceration can serve as objective evidence of injury and enhance the value of the personal injury claim.

The settlement for this personal injury claim involving a hematoma injury as a result of a motorcycle accident in The Colony, TX was $50,000. Attorney fees were $15,000. Case expenses were $348.72. After paying medical providers, the client’s net recovery was $18,693.73. This is an outstanding result for only undergoing minor surgical drainage and very limited physical therapy.

Examples of Other Accident Injury Cases We’ve Won in The Colony, TX