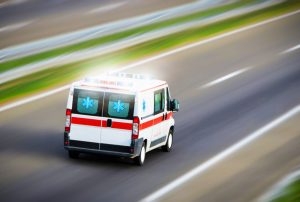 Our client, a resident of Dallas, Texas, was injured in an auto accident in Amarillo that was caused by a negligent motorist. The rear-end collision was significant and caused our client’s vehicle to spin around several times. She had to be taken from the scene of the wreck via ambulance to the hospital.

A good Dallas personal injury lawyer will file a lawsuit in the venue most advantageous to his or her client and will discuss venue with the claims adjuster before the filing.

The client sustained soft tissue injuries to her neck, back, shoulder, and foot. The wreck left her with a large bruise on her elbow. The client had pre-existing injuries to her cervical spine that were aggravated by the car accident.

The client had health insurance but the expenses she incurred at the emergency room caused her hardship and she did not believe she should have to pay co-pays and deductibles for something that wasn’t her fault. We assisted her in securing the services of a UT Southwestern Medical Doctor who agreed to delay billing her for his services until the conclusion of her claim.

Comments from Attorney Shane Mullen: The client was an “eggshell plaintiff” in that her pre-existing cervical injuries left her more susceptible to injury in an auto accident. This was a significant wreck and I was able to successfully argue her pre-existing conditions were aggravated leading to new symptomology.

Despite the unfavorable venue, I was able to convince the insurance carrier for the at-fault motorist to pay a full policy limits settlement. I was also able to get the client’s automobile insurer to pay substantial monies under her underinsured motorist policy. I am exceedingly proud of the result I was able to obtain on this client’s behalf.

The settlement for this personal injury claim involving an elbow contusion and soft tissue injuries as a result of a car accident in Amarillo, TX was $72,000. Attorney fees were $20,160. Case expenses were $753.28. After paying medical providers, the client’s net recovery was $23,026.80. This is an outstanding result for the injuries sustained and included full liability policy limits.