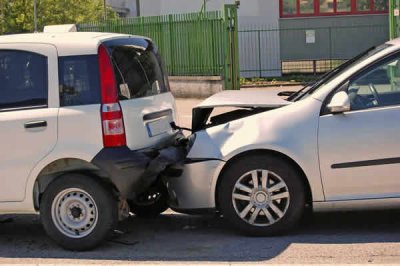 Our client, a college student, was stopped at a red light in the middle lane at the intersection of North Custer Road and Virginia Parkway in McKinney, Texas.  The at-fault driver was traveling in the middle lane of North Custer approaching the same intersection. The at-fault motorist was distracted and failed to control her speed. As a result she rear-ended our client’s vehicle while his automobile was stationary.

Comments from Attorney Joseph Morrison: Liability was clear since this was a rear-end car wreck and our client was stopped at a red light for about one minute before the collision occurred. The auto accident was significant enough that the at-fault driver’s air bags deployed.

Our client complained of neck pain at the accident scene and the investigating officer noted his complaints in the Texas Peace Officer’s Crash Report (police report) arising from the loss. Our client went to the emergency room to get examined following the wreck in McKinney, TX.

Our client continued to experience pain and discomfort in his neck and back following the accident. He had to attend physical therapy to obtain relief from his symptoms, which took away time from his college studies. Thankfully, however, imaging studies were negative and he was diagnosed with only soft tissue injuries.  Therapy was successful and he obtained a full recovery.

It also encompasses, however, impairment caused by less severe injuries. For example, in the instant claim the client was unable to work out for several months while he recovered from his injuries.

I was very happy with the result Mullen & Mullen Law Firm obtained for this client. The car accident disrupted his college studies. He had to undergo months of physical therapy while managing a busy school schedule. Frankly, it left him with more on his plate to deal with.

I didn’t buy the insurance adjuster’s argument that he “only” sustained soft tissue injuries. I argued that the injuries he sustained had a real impact on his quality of life while he recovered from them. As a result the settlement reached was well above the cost of his medical bills.

The settlement for this personal injury claim involving soft tissue injuries as a result of an auto accident in McKinney, TX was $20,000. Attorney fees were $5,600. Case expenses were $239. After paying medical providers, the client’s net recovery was $6,442.03. This is an outstanding result for sprain/strain injuries.