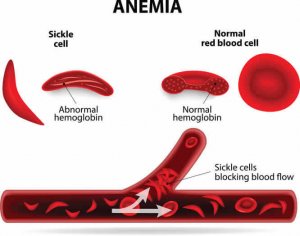 Our client was traveling southbound on the Hwy 75 service road in Dallas, Texas, going through a green light at Churchill Way. An inattentive motorist driving on Churchill Way failed to yield the right of way and turned in front of her when it was unsafe to do so. The vehicles collided and our client was forced to seek emergency medical treatment at the hospital due to the injuries she sustained.

Comments from Attorney Joseph Morrison: This was a unique case. Our client presented to the emergency room with chest pain. The admitting physician diagnosed probable sickle cell crisis and noted that the substantial chest contusion she sustained in the motor vehicle accident could have caused this. She was hospitalized for several days as she recovered.

Remember: You are entitled to compensation if a Dallas car wreck causes an aggravation of a pre-existing condition.

We argued that the sickle cells crisis was caused by the chest contusion that resulted from the car accident. Other hospital records, however, suggested it was unclear whether it was a true crisis with acute chest syndrome or simply pain from the chest wall contusion.

The burden of proof in a personal injury claim is a preponderance of the evidence. I strongly argued to both the liability claim adjuster and underinsured motorist claim adjuster that the admitting emergency physician’s diagnosis of “probable” sickle cell crisis met that burden of proof as it was apparent to him that it was “more likely than not” caused by the car accident.

The client’s health insurance company paid a large portion of her medical bills. The hospital, however, had a remaining balance of over $46,000. Our personal injury lawyers in Dallas were able to get the hospital to accept $26,300 as full and final payment even though it had filed a lien on the client’s case.

It’s always rewarding when we can assist a client in getting a hospital bill significantly reduced. Our ability to obtain a significant reduction guaranteed that the client would walk away with the compensation she deserved as opposed to significant medical debt due to an inattentive motorist’s negligence.

The settlement for this Dallas car accident injury claim involving a probable sickle cell crisis injury was $117,500. Attorney fees were $30,613.20. Case expenses were $489.30. After paying medical providers, the client’s net recovery was $30,613.50. This was a fantastic result by Mullen & Mullen Law Firm at nearly all available policy limits.