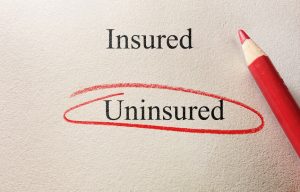 Our client sustained injuries to his neck, back, and left shoulder. His neck and back complaints resolved fairly quickly. His shoulder ended up being his primary injury. This client had consistent and persistent complaints of shoulder pain following the auto accident. He eventually obtained relief after undergoing an intra-articular shoulder joint injection.

Remember: An alarming number of Texas motorists do not have car insurance or have inadequate coverage. You are taking a huge gamble if you do not carry uninsured motorist / underinsured motorist (UM/UIM) coverage on your policy.

Comments from Attorney Joseph Morrison: The insurance adjuster for the first-party insurance carrier didn’t even attempt to negotiate with us. The adjuster immediately extended a policy limits settlement offer. Our Dallas injury law firm is selective on the car accident cases we choose to take. We don’t represent minor impact car wrecks. We have a reputation with insurance carriers and they know the cases we present involve real accidents with real injuries.

We also have a reputation of not accepting lowball offers. We almost always attempt to resolve a personal injury claim before filing a lawsuit. However, we do not hesitate to recommend litigation if it’s in the best interests of our client. In this case the first-party adjuster knew the duties of good faith and fair dealing that were owed and knew we would only accept the policy limits because that’s what our client deserved.

Diagnostic testing received by the client revealed that his functional capacity immediately following the car accident was sedentary, meaning he could only work a desk job. His job, however, required a functional capacity level of medium. This objective testing helped us support our client’s claim for lost wages and played a major part in the carrier immediately offering to tender the policy limits.

The settlement for this personal injury claim involving a shoulder injury caused by a car wreck in Arlington, TX was $30,000. Attorney fees were $9,500. Case expenses were $136.15. After paying medical providers, the client’s net recovery was $8,538.85.