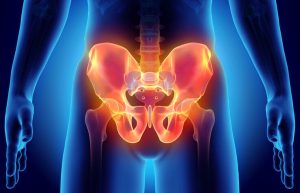 Our client was injured in a car accident while driving southbound on Teasley Lane in Denton, TX. The driver of the vehicle was impaired and collided into the back of a utility vehicle that was parked in the right lane for utilities construction. Property damage was massive and our client had to be taken to Denton Regional Medical Center via ambulance due to the nature of the injuries he sustained.

Comments from Attorney Joseph Morrison: I knew right away that our client had sustained significant injuries to his left hip. He was examined by numerous physicians. The majority of doctors agreed he would require a total hip replacement at some point in the future.

Due to his young age it was also likely he would need at least one revision of that procedure. We were dealing with a notoriously difficult insurance company and I knew strongly that establishing future damages would be critical on the case.

Remember: Injured victims are entitled to seek damages for medical expenses they will incur in the future. However, these damages must be established by a preponderance of evidence. It is not enough for a doctor to say you “may” need medical treatment in the future.

A physician must opine that it is “likely” or “more likely than not” that you will require future medical treatment. Typically, the physician will state that his or her opinion is based on a reasonable degree of medical probability.

Our Dallas injury law firm retained a well-respected, certified life care planner so that we could properly develop and present future medical damages.  She reviewed relevant medical records and personally spoke to one of the client’s treating physicians to confirm the eventual necessity of total hip replacement.

After doing so she was able to precisely calculate the total future medical expenses our client would incur during the remainder of his lifetime due to the automobile collision.

Some personal injury attorneys would have recommended the client file suit right away when they saw who the insurance carrier was. I at least wanted to give the client a fighting chance to avoid costly and time-consuming litigation.

Mullen & Mullen Law Firm has the financial resources to battle the insurance carriers and to properly develop cases. By spending money on a highly qualified expert, pre-suit, we were able to get the insurance company to tender a full policy limits settlement, while the client had a 28% attorney fee. The contingency fee percentage would have jumped to 40% in litigation.

Needless to say, the client was ecstatic when he found out he was going to save thousands and thousands of dollars.

The settlement for this personal injury claim involving a hip injury as a result of a car wreck in Denton, TX, was $302,500. Attorney fees were $70,700. Case expenses were $4,191.53. After paying medical providers, the client’s net recovery was $201,000. This was a fantastic result and all available insurance policy limits were obtained.