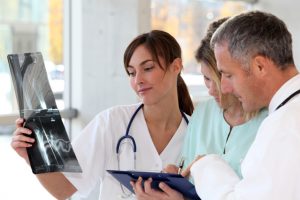 A Veteran of the United States Army was traveling northbound in the middle lane of Beltline near the intersection of Shady Grove in Irving, TX. He came to a stop at a red light and had been sitting there for 20-30 seconds when an inattentive motorist failed to timely apply her brakes and rear-ended his vehicle. The gentleman was worried that using his Medicare would not allow him to get the proper medical attention he needed and deserved. He retained Mullen & Mullen Law Firm to assist him.

Remember: Primary care physicians will often run for the hills if you seek treatment from them for injuries you sustained in a car wreck. They refuse to accept “third-party” insurance and don’t want to risk getting involved in a legal battle. In addition, top medical professionals rarely accept Medicare or Medicaid due to low repayment rates on billed charges. Mullen & Mullen was able to assist the client in receiving medical services with delayed billing from healthcare professionals with experience in treating car accident injuries.

Our client injured his neck and lower back in the auto accident. It took him months of physical therapy to obtain pain relief and for the numbness and tingling in his right hand to go away. The client was also able to receive diagnostic imaging, diagnostic studies, and prescription drugs at no up-front cost. His lumbar MRI revealed a small 3 mm herniated disc at L5-S1.

Our Dallas injury law firm received the policy limits of $30,000 from the liability insurance carrier, $2,501.00 in Personal Injury Protection benefits, and $2,500.00 from the client’s underinsured motorist carrier for a gross recovery of $35,000.

Remember: It is very important to notify your doctor if you experience numbness, tingling, or radiating pain (at any point) following an auto accident, as the above symptoms can often indicate injury to a disc or a pinched nerve as opposed to a sprain/strain type of injury.