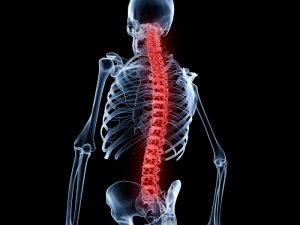 $35,001 settlement for minor herniated disc injury in Dallas, TX car wreck by attorney for client with only a 3 mm protrusion.

Our client – an E4 in the United States Army who served from 1976-1979 – was involved in a rear-end collision on Beltline Rd in Dallas, TX. He went to the hospital following the car crash and received an injection. He had consistent and persistent complaints of numbness and tingling in his right hand while undergoing physical therapy although those symptoms eventually subsided.

Remember: You do not have to demonstrate a “new injury” to collect damages in a personal injury case. You can recover damages even if you had a pre-existing condition that was aggravated in a car wreck, fall, etc.

Comment from Attorney Joseph Morrison: The adjuster on this claim argued that the 3 mm herniated disc that was demonstrated on the client’s lumbar MRI was insignificant and likely a pre-existing condition. I stressed that the MRI also showed an annular tear at L5-S1 indicating an acute injury. I also argued that even though the client had degenerative disc disease in his cervical spine (neck) it was not symptomatic until after the accident. Our client, who was exceedingly credible, did not have any numbness or tingling in his right hand prior to the collision.

Remember: Numbness, tingling, and radiating or shooting pain can often indicate you sustained more than whiplash or soft tissue injuries. Make sure you report any of these symptoms to medical providers and undergo an MRI if your doctor deems it reasonable and necessary.

The liability carrier eventually agreed to tender its policy limits of $30,000. In addition, we also recovered $2,501 in PIP benefits as well as $2,500 in underinsured motorist benefits from his automobile insurance carrier. The total recovery was $35,001.

Many doctors will refuse to treat patients if they hear they have been involved in a car wreck because they fear getting drug into a legal battle and/or being forced to accept third-party insurance.

Mullen & Mullen Law Firm has been assisting injured victims for over three decades.  We have relationships with a number of very good medical providers who have substantial experience in treating accident and injury victims and enjoy helping people recover from traumatic injuries.

We are very thorough and in this personal injury claim the diagnostic testing our client received made the difference. Not only did he have MRIs of his spine but he also underwent NCV/EMG testing that demonstrated a right-sided C6/7 radiculitis that corroborated the client’s complaints and aided in settlement.

My favorite part of this case was that we continued to fight for our client even after it was resolved. We had noticed Medicare had unrelated charges on their lien and protested those charges. I was delighted to let him know he would be receiving nearly $1,000.00 more from a refund check from Medicare in addition to the funds he had previously received.