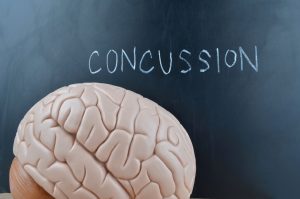 $100,000 settlement for concussion in Plano, TX fall accident by attorney for client with less than $15,000 in medical bills.

Our client was walking in an outdoor area of a shopping center headed towards a retail establishment. His right foot hit a nail that was sticking up out of the pavement causing him to trip and fall forward. His head hit the pavement and paramedics were called to the scene to transport him to the emergency room.

Comments from Attorney Joseph Morrison: The shopping center failed to maintain a safe environment for its guests.  The nail sticking out of the pavement was a hazard that obviously resulted from prior maintenance in the area. The hazard, a hidden defect, should have been removed immediately, or at a bare minimum a warning sign should have been placed near it to warn of the danger.

Our client was an Invitee and was owed the maximum protection under Texas law. He entered the premises with the owner’s knowledge and for the mutual benefit of the landowner and himself. The landowner had a duty under well-established Texas law to warn him of the dangerous condition or to make safe the condition since it posed an unreasonable risk which the landowner knew of or should have discovered upon a reasonable inspection of the premises.

Emergency room physicians initially diagnosed a head contusion and rib contusion. Our client had to return to the emergency room a second time due to continued dizziness and was diagnosed with peripheral vertigo and a concussion.

Remember: A concussion is technically a traumatic brain injury. Concussions can vary in terms of severity and you should always get evaluated by a doctor if you have sustained a head injury. Confusion, persistent headaches, difficulties concentrating, and blurred vision are relatively common symptoms of a head injury. Others include, but are certainly not limited to, irritability, difficulties with balance, fatigue, anxiety, depression, nausea, and tinnitus.

Our Plano Personal Injury Lawyers never forget that personal injury claims are about people – not bills. I was very pleased that we were able to obtain such a high settlement even though the client’s recoverable medical bills were less than $15,000. This particular client already had serious health issues prior to his trip and fall. He had enough on his plate to deal with before the landowner’s negligence caused him additional pain and discomfort. I wasn’t about to buy the argument that his damages should be capped at some arbitrary multiple of his bills.