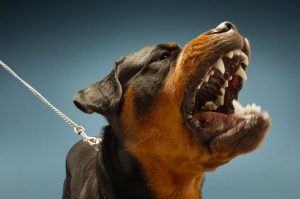 $25,000 settlement for dog bite wounds in Frisco, TX by attorney for client who suffered puncture wounds that fully healed.

Our client was walking on a residential sidewalk in Frisco, Texas. A dog was tethered to a tree in a homeowner’s yard but the leash had too much slack. The homeowner’s negligence allowed the dog to charge and bite our client as she walked by the house. The homeowner was cited for failure to properly restrain his dog. Our client was transported via ambulance to the hospital where multiple puncture wounds were noted.

Comments from Attorney Joseph Morrison: Dog bite law really is a fascinating area. The central issue is whether the at-fault party knew of a prior biting incident/attack or had prior knowledge of the canine acting aggressively. Texas, therefore, follows the “one bite rule.”

Exceptions apply though. For example, some dog breeds, such as a Pit Bull, are deemed inherently dangerous. It’s no excuse to say your Pit Bull had never attacked someone in the past. Also, local ordinances can sometimes allow you to argue “negligence per se.”

If a city has a law requiring residents to keep their dogs on a leash and a resident allows his or her dog to run free, that resident would likely be liable if the dog attacked someone, even if it was the first time the dog had ever attacked anyone.

You don’t have to be bitten or “attacked” by a dog to file a claim.

The central issue is always negligence. For example, if a homeowner has prior knowledge that his large dog always gets excited when guests come over, and it did accidentally knock someone over in the past while demonstrating that excitement, the homeowner could be held liable if the dog later knocked over a guest and they were injured as a result.

Thankfully, our client’s multiple small puncture wounds healed over time. She did not require any sort of scar revision or plastic surgery. When the client continued to complain of mild anxiety following the incident, we put her in touch with a neuropsychologist so she could be properly evaluated.

A dog bite attack is just that – an attack.

It can be absolutely terrifying. In fact, I was bitten by a German Shepherd when I was a young boy and can still remember it like it was yesterday. When I was negotiating with the homeowner’s insurance company I focused nearly all of my energy advocating for mental anguish damages. That approach worked as I was able to get the adjuster to offer $25,000 even though the client’s medical bills were below $4,500. I was really proud of the result our our personal injury law firm obtained for the client.

The settlement for this personal injury claim involving small puncture wounds as a result of a dog bite in Frisco, TX was $25,000. Attorney fees were $6,500. Case expenses were $119.78. After paying medical providers, the client’s net recovery was $15,408.19. This was a fantastic settlement for dog bite wounds that fully healed.

What Should You Do if You Encounter a Strange Dog Alone?