$500,000 Settlement for Child Attacked by Dog in Dallas 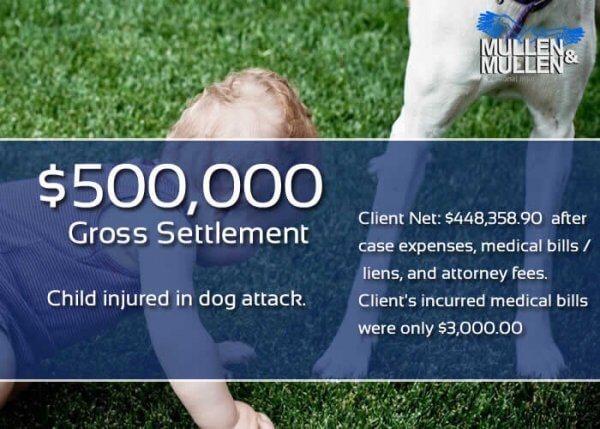 Our client, a two and a half year old toddler, was attacked by a dog at a residence she was visiting. She was bitten in the face and suffered multiple lacerations to her cheek, chin, and eyelid. She had to be transported to the emergency room by ambulance.

Her mother reached out to us after they had begun negotiations with the liability insurance company. The carrier had already made a significant offer but the family wanted to make sure they were obtaining the best possible result for their child. We greed to restrict our fee to only applying to any portion we could obtain beyond the current settlement offer.

Comments from Attorney Joseph Morrison: Prior to retaining us, the family contacted some other lawyers, but none would agree to restrict their fee to only the portion obtained above and beyond what was already being offered by the insurance company. Our attorneys believe in fundamental fairness. We had no issue whatsoever with limiting our fee because we were confident we could add significant value to the case.

The photographs of our client immediately following the dog attack broke my heart. She sustained multiple scars, many of which have now significantly improved or faded, and they are expected to continue to heal and lighten as she grows.

I zealously negotiated with the insurance company and told the adjuster that I didn’t care what the medical bills were. I wasn’t going to be tied down by some “multiple of damages.” This was a PERSONAL injury claim – and nothing is more personal than horrific injuries to a child. I was able to get him to significantly increase the offer.

Mullen & Mullen Law Firm structured the settlement so that she can have immediate access to a portion of the funds for scar revision if that is deemed necessary.

The settlement for this personal injury claim involving dog bite injuries to a toddler in Dallas, TX was $500,000. Attorney fees were $49,000. Case expenses were $74.26. After paying medical providers, the child’s net recovery was $448,358.90. Her portion of the proceeds, over the course of her lifetime, have been projected to exceed one million dollars based on the expected return on investment.