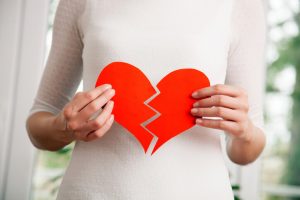 Our client was traveling westbound on IH-20 in Dallas, Texas in the far left lane. A distracted motorist unsafely changed lanes and struck a vehicle traveling in the left center lane before subsequently striking our client’s automobile. Our client went to the emergency room following the collision.

Comments from Attorney Joseph Morrison: This was a very unique case. Our client sustained relatively minor neck and back injuries in the collision but her main complaint at the emergency room was chest pain. She was eventually diagnosed as having sustained a myocardial infarction secondary to Takotsubo cardiomyopathy. It is a temporary heart condition with symptoms that mirror those of a heart attack but it is not caused by any sort of cardiovascular disease.

We argued that the temporary weakening of the client’s left ventricle, the main pumping chamber in the heart, was the result of the severe emotional and physical stress she experienced as a result of the car accident. Mullen & Mullen Law Firm submitted settlement demands to the liability insurance carrier for the at-fault motorist and our client’s underinsured motorist carrier.

Medical research supporting our contention that motor vehicle wrecks can directly lead to Takotsubo cardiomyopathy was included with the respective demands. Both carriers eventually offered full policy limits even though the client’s paid vs. incurred medical expenses were less than $10,000.

Insurance adjusters almost always want to make cases about bills instead of about people. Even though this client’s medical bills were relatively low, that did not change the fact that she undeniably experienced significant mental anguish as a direct result of the car crash.

Even though the physical symptoms were temporary, no doubt existed in my mind that both carriers should pay policy limits. I’m happy we were able to achieve a settlement for all available policy limits for her, without having to file a personal injury lawsuit, which would have led to increased attorney fees and expenses.

The settlement for this personal injury claim involving a stress-induced cardiomyopathy as a result of an auto collision in Dallas, TX was $63,540.88. Attorney fees were $20,000. Case expenses were $1,182.37.

This is a fantastic result at all available injury claim policy limits by our Dallas accident and personal injury lawyers.