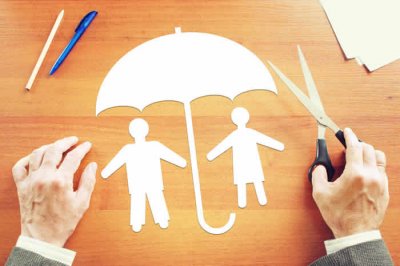 Hurt? Insurance companies are NOT on your side. Here’s what they’ll do to try and minimize or eliminate your accident injury compensation.

Don’t ever believe an insurance company is on your side. Their employees get paid more money when they pay less to you in personal injury claims. They make more compensation when they minimize your payout. If they pay too much to too many people, they get fired. It’s that simple.

While laws regulate what they can and cannot do, many are happy to exploit the law to their maximum advantage. Others will break the law outright, knowing that you don’t know what the law says. Here’s what they might say or do – and what you can do to protect yourself.

In Texas, the unfortunate reality is that insurance companies have laws written in their favor. That’s the world you live in, whether you want to or not. They have power like this in many states. But, Missouri, where our other office is located (in St. Louis), has much fairer laws.

It’s too bad things work out that way. But, they do. Insurance companies do give a lot of lip service to covering your accident fairly. It makes them look good. And it minimizes the chances legislators would ever get on their case.

But, don’t fall for it! When you watch their actions, a far different story comes to the surface.

They Will Try To Settle Your Accident Injury Claim ASAP

So let’s say you contact the other driver’s insurance company and explain the situation. It’s clear they’re at fault, and you have a police report backing up your position. You will get a call literally the next day from the other drivers’ claims adjuster. They’ll offer you a settlement amount on the spot.

You can agree right then and there, and you can even go to the company and pick your check up in the next 2-3 days, after they talk to their driver. Whoa! Now that’s fast customer service. It’s funny how quickly things happen when the insurance company stands to benefit.

Why are they so eager to help you? Well, in Texas you have a 2-year statute of limitations on personal and property damage for auto accidents like these. So, the insurance company knows that if you are seriously injured, you could have thousands of dollars in medical expenses for years to come.

And they know if they dangle a lump sum of money in front of you and can get it to you fast, you’re more likely to act irrationally and accept less than you legally deserve.

The Claims Adjusters Will Be Eerily Nice To You. Here’s Why.

Wouldn’t it be great if you could call your insurance company and get this good of service all the time? Why are they so concerned with the harm you’ve experienced, and so friendly and nice? They’re not treating you like a number, routing you through an endless phone maze, like they normally would if you called any other time.

Don’t fall for it! It’s all an act. First, they’re being nice and friendly because they want you to cooperate with their agenda of minimizing their payout. They know that if they’re nice and appear to be on your side, you’re more likely to go through their process, thinking you’re getting a good deal. Second, they’re hoping you’ll reveal details in your recorded conversations that they can use to reduce what they pay you.

Don’t Give Them A Recorded Statement. Here’s Why.

This is lawful for them to do. But, their goal is to get you to slip up and say something that harms your case. Ideally, don’t give them a recorded statement at all and talk to a personal injury lawyer instead. But if an attorney can’t take your case on (most, but not all cases are taken by lawyers), you’ll have to do the talking yourself.

Rehearse the facts of your case beforehand. Write them down if you have to. Say only what you need to (be honest), and nothing more. Make sure the account you give is consistent with anything you said to police officers.

Adjusters May Say You’ll Get Less Money If You Hire a Lawyer. It’s Not True.

Blatantly FALSE! You will have to pay your attorney. But only as a part of your settlement value after you win your case. In the vast majority of cases, you will still end up with more money than you would if you settled your case on your own.

Attorneys are expensive, aren’t they? Some are. And let’s be honest: some lawyers only want to get your money. But, many are fair and honest and act with integrity.

Insurance companies will try to tell you that you’ll lose money when you hire an attorney because attorney’s fees will take away most of your claim. Or, they’ll say researched statistics prove this.

They May Ask To See All Your Medical Records. Don’t Do It.

At first, it sounds fair, doesn’t it? They need this information to calculate a fair settlement amount. Don’t do it. Here’s where that obnoxious term “pre-existing condition” comes in. They want to find one to minimize or eliminate your payout entirely. No law requires you to give them this information, so don’t.

They’ll Offer To Give You Money If You Sign Their Release. Don’t Do It.

Remember, if you sign their release now, you can never ever get compensation for your injuries again. There’s absolutely no appeals process for this. Once it’s done, it’s done forever. The insurance company knows you’re feeling pressure because bills are piling up. And they don’t want to pay for injuries and medical treatment in the future.

Remember, your injuries may hurt now. But you don’t know exactly how long they’ll last. It could be years. And the insurance company wouldn’t be responsible for paying for those if you sign their release now. That’s not fair to you.

Never thought you’d have the Paparazzi on your tail, did you? Well, this isn’t the Paparazzi exactly. But insurers will hire private investigators to spy on you and take video of you to disprove your claim.

So, it’s important to be honest about your injuries. And don’t “push” yourself to get better too quickly – that can be argued as your injuries not being that severe in the first place.

Adjusters record what you say. They will imply law requires you to make a statement. But, the key word is “imply.” Adjusters have to imply the law says this because law forbids them from saying it explicitly.

You don’t have to say a thing to an adjuster unless you want to. And you should only talk to them by yourself when the facts of your motor vehicle collision are indisputably straightforward.

They’ll Claim Someone Else Was At Fault For Your Injury

The insurance company could suggest you were partially or mostly at fault. They could also say a third party was at fault. They’ll interpret circumstances any way they can to show they don’t have to pay.

Remember, claims adjusters get paid based on how little they pay you, how quickly they settle your claim, and whether they keep lawyers out of it.

Insurance companies will ignore you within the limits of the law, and sometimes even beyond that. They say they’ll “call you back.” They’re “still processing your paperwork.” They’ll give you an intentionally low settlement offer.

They just want to see what you’ll put up with. They know many consumers feel powerless and afraid, and they play on that.

One exception to this rule is that some cases have such low settlement values that it makes no sense to spend weeks or months going through legal processes just to get a few hundred dollars more. But, you can still call a personal injury lawyer to ensure you’re getting a fair deal.

The important thing to remember is you have 2 years to settle your claim and have no obligation whatsoever to do what the insurance company asks (they’ll make it seem like you have 1-2 weeks). You can speak to a personal injury attorney at any time, and it’s wise to do so before you talk to the insurance company.

What Can You Do If Insurance Co. Denies Your Injury Claim?

4 Tricks Insurance Companies Use to Reduce Your Car Accident Settlement

Must You Give a Recorded Statement to Insurance Co. after an Accident?

How Do You Negotiate with Insurance Claims Adjusters?