How Much Can You Win in a Slip and Fall Injury Case? 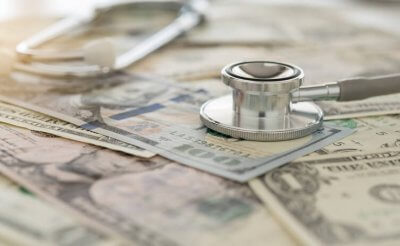 Is your slip and fall lawsuit worth millions? It could be. Learn what factors affect how much money you can collect for your injuries.

$18 million. That’s the largest slip and fall injury claim we could find.

Gustafsson suffered a broken back and other serious injuries and would not be able to return to medical school, ending his career. He was actually originally awarded $85 million by the jury, but he and Trigen-Philadelphia agreed to cap the damages.

Yes, you can win $10 million or more for your injuries. But only if it’s reasonable, given what happened to you.

You’ll hear sensational stories on the news media about injury victims who seek outrageous dollar amounts. But, they typically end up with much less, which the news media doesn’t report (because it doesn’t get as much attention).

How much could you win in Texas?

How Much Are Slip and Fall Injury Cases Worth?

Financial damages get awarded in slip and fall claims based on these criteria:

Your Present and Future Medical Bills

Assuming the defendant is in fact responsible for your injuries, you’ll be compensated for reasonable present and future medical bills related to your injury. If you have soft tissue injuries, for example, clinic records may indicate some future maintenance visits will be required. If you sustain catastrophic injuries, however, a certified life care planner will likely need to be retained to establish future medical costs.

That medical student mentioned earlier lost his ability to have any kind of career. We don’t know the actual amount he was compensated for lost earning capacity, but it was likely above $1 million, and possibly upwards of $3 million.

You will get compensation for your lost ability to earn an income.

Lost wages are slightly different than lost earning capacity. This compensates you for time you actually miss at work because of your injuries and do not get paid for.

Lost earning capacity refers to your ability to earn a future income. If you’re on track to become the next company CEO, for example, you’ll likely get compensated more versus someone likely not to progress past mid-management.

This is the least predictable of all amounts you can be awarded. It’s an unclear area, and it’s easy to debate.

Typically, jurors use economic damages as a sort of “starting point” when considering non-economic damages such as pain and suffering, mental anguish, and physical impairment.

If you will walk with a limp the rest of your life because of your slip-and-fall, you may get awarded 5 times the value of your medical bills as compensation. However, if you’ll be fine in a month, that number may be .5 times your medical costs or less.

Attorneys and insurance adjusters debate these numbers, and they’re impossible to predict. So, just take these as examples and not a hard-and-fast rule.

This article and damages calculator can give you a ballpark idea of how much pain and suffering you could collect.

Loss of Consortium (Ability to Have a Relationship with Family Members)

One example of this involves a man who fell off improperly constructed scaffolding. In addition to many fractured and broken bones, he became impotent. He was able to collect financial damages for his lost ability to have a sexual relationship with his wife.

Typically, loss of consortium does not come with a large award amount. But in rare cases, it can.

AVVO has a helpful Q&A where regular people ask lawyers for advice on loss of consortium.

The Skill of Your Slip and Fall Attorney

Legally speaking, no law exists that factors the skill of your attorney towards the final amounts you can win.

But let’s be honest: some attorneys are better than others. And in some cases, like those firms you see advertising heavily on TV, they often ram you through the process as fast as possible to maximize their own profit. Your case may not get the individual attention it deserves for you to maximize your compensation.

That’s why it’s important to pick an attorney (You’re the boss. You choose who to hire!) you 100% trust to have your best interests in mind.

You have no obligation to hire the first attorney you talk to, regardless of how much pressure you might experience. High-integrity injury attorneys don’t put you under pressure to make an immediate decision.

Let’s start with the most common injury: you’re legally on someone else’s private property, usually a large store of some kind. You slip, fall, and get hurt.

Fortunately for you, there’s absolutely no cap for this situation. Currently, the only caps in Texas exist for medical malpractice law to keep insurance premiums for doctors, and therefore medical expenses, down.

But that all changes when you slip and fall on government property.

Try Not to Take a Spill on Government Property

Generally, Texas law protects government agencies from liability entirely. Many times you can be barred from recovery dependent on your status on the property and dependent on what sort of notice they had of the dangerous condition.

However, they may have to compensate you in a slip and fall case, as long as you are engaged in lawful action on their property, and they were somehow negligent in maintaining it.

Here’s how they typically cap the damages you can receive, depending on the entity:

The government also gives you a shorter time-frame to file your personal injury claim, which can be as little as 30 days but which is typically 180 days (compared to 2 years for claims against private businesses/citizens). Government agencies want to keep their costs down, so they make it hard for injured victims to recover compensation.

You can read the full details about specific recovery here at the State of Texas website for further information.

You Slip and Fall At Work

Work accidents get confusing because employers aren’t required to carry workers’ comp in Texas. When you slip-and-fall at work, you may be able to file a standard personal injury claim against your employer, which has no cap as you’ve learned.

However, if your injury falls under “workers’ comp,” the Texas Department of Insurance calculates a “State Average Weekly Wage” for your type of work. This number is 88% of the average weekly wage in covered employment.

Depending on the severity of your injury, you can get:

In layman’s terms, know that Workers’ Compensation in Texas is a complete mess that does not serve the best interests of employees like you.

If you want to attempt to understand their gobbledygook, you can try visiting their website.

Consultations are Free, So Talk to a Personal Injury Lawyer

No slip and fall lawyer can give you a guaranteed figure you can possibly recover. There’s too many external factors not under their control, which also includes the attitudes of the other parties involved.

However, a good injury attorney knows how to navigate the mess that is the Texas legal system to get you the most money possible. Consultations are free, so you’re wise to talk to one, as they may be able to give you a ballpark figure.

How Long Do You Have to File a Slip and Fall Injury Claim?

The Top Reason Slip and Fall Cases Are Not Successful