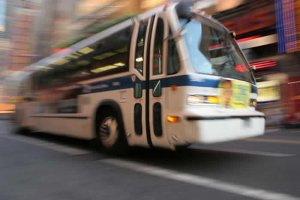 Let’s say you’re in a motor vehicle accident while riding on a city owned bus or train and it was the bus driver’s fault. Now, with most government-operated institutions or services, things get much more complicated.

You usually have to file a Notice of Claim with the city, government, or entity within a specified time frame that varies based on the respective city and/or government and/or entity. Sometimes you have as little as 30 days to file a claim.

What happens in the case of public transportation? It turns out something called “common carrier” law may apply.

What is “Common Carrier” Law and What’s it Got to Do with Public Transportation?

“Common carrier” is simply an antiquated legal term for a person or business that provides public transportation services. The thing with common carriers is that they owe you a higher degree of care than a private person or business does. You still have to prove the person or company acted with negligence. But they are held to a much higher standard than private citizens.

In layman’s terms, Texas law describes this standard as “care that would be exercised by a very cautious, competent and prudent” business or person. Now, that’s a high standard of care.

The current law all comes from the passing of the Texas Tort Claims Act in 1969. Prior to that, public entities in Texas could simply claim “sovereign immunity.” That simply meant you could not sue them at all, for any reason. And that included if they were at fault.

Today, while it’s more difficult and not really fair to you, it is possible to successfully sue government entities. So, the Texas Tort Claims Act represents progress.

The government also wrote law that gave itself limited damage caps, which currently look like this:

As stated above, while you generally have to file your notice of personal injury with the appropriate entity within 6 months of your accident, that’s not always the case. In fact, cities have the ability to set their own statutes of limitations, which can be as short as 45 days. The City of Dallas, for example, has set this at 90 days (common across the state).

Who’s at Fault in Common Types of Motorcycle Accidents?

What is Settlement Confidentiality & How Does it Affect You?