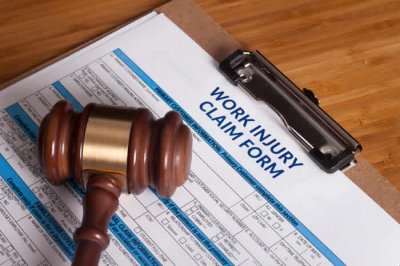 Telecommuters suffer workplace injuries too – but do Texas employers have to cover them with worker’s comp?

A construction worker falls off some poorly built scaffolding. He breaks his leg and severely sprains his ankle. A truck driver at a work site hits another worker. He’s bruised and battered, but thankfully he’ll be okay.

You work at a computer from home all day. Your wrists hurt too badly to keep typing. Or your back is too sore to sit in an office chair, so you need to see the doctor.

Everyone thinks of construction site injuries as one of the most common types of worker’s compensation injuries.

But what about the growing telecommuting force?

This chart shows 1.8 million people telecommuted to work in 2005. That number doubled to slightly more than 3.6 million in 2014, accounting for 2.5% of our nation’s total workforce.

And that trend’s expected to grow explosively over the next 10 years.

So there’s going to be more telecommuting injuries. When they happen, who’s going to be responsible for covering them – you or workers’ comp?

In General, Texas Worker’s Comp is Responsible for Your Injuries

Say you trip over the garbage and sprain your ankle at home. Or you take an awkward step while walking down the stairs and jam your wrist as you catch yourself.

Neither are serious injuries. But you have to go to the doctor to get them checked out, and to speed your recovery a little.

Is worker’s comp responsible for these injuries, even though they happened in your own home?

“Yes” say courts. Even though your employer has no control over your home, you can claim worker’s comp benefits if you were acting in the interest of the employer and on the clock at the time of the injury.

The same goes for the wrist and back injuries we talked about earlier. However, employers can limit their liability by establishing policy regarding home-based workers.

Personal Business Is Not Covered

Now, let’s say you have the exact same situations as you did in #1 above. You trip over the garbage, or you take an awkward step down the stairs.

But, you were going to get a cup of coffee that you made. Since that’s a matter of personal business and not a work-related task, those injuries are now not covered by worker’s compensation.

If you experience those injuries because you were going to get paper from the printer for a work task, then they’re covered.

What Tests Determine Workers’ Comp Coverage if Injured at Home?

In simple Plain English, here’s what courts and judges look at to see if your work accident injuries should be covered by worker’s compensation:

Law often is complex and confusing. But in the case of telecommuting injuries and worker’s comp, it’s pretty clear.

Hope that helps. And make sure to call Mullen & Mullen in Dallas if your employer is disputing the work-relatedness of your telecommuting injuries.

When Can Independent Contractors Get Workers’ Comp?