Why Are Male Drivers More Vulnerable to Car Accidents? 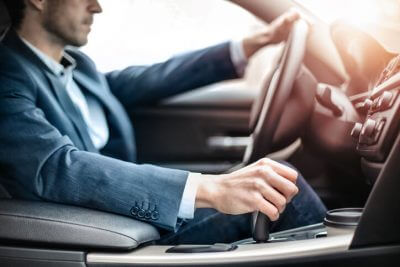 Motor vehicle crash fatality rates are higher among males in every age group (according to NHTSA data). What can you do about it?

You’ve probably heard it said that men are more likely than women to get involved in car crashes.

But those stats give you perspective!

And it explains why car insurance rates are higher for men.

Crazy story: one guy in Alberta, Canada actually changed his gender to save $1100 annually on car insurance. It turns out that, in Canada, gender is a state of mind. So you have to simply go through some paperwork to indicate that you identify as a woman (rather than getting an operation).

Anyway, here’s why men get injured or involved in car accidents more often than women:

So fellas, what can you do to reduce your chances of a serious injury, or even losing your life?

“I’m fine,” you tell yourself. The greatest struggle in any DUI case is your own mind. Because, drunk drivers usually have an understanding they’re at least toeing the line, and they know the consequences and risk.

Yet, they drive drunk anyway. And usually, they do it about 80-100 times before being caught for their first offense.

Try looking at it this way: you can get a $10,000 fine, be a public and private disgrace to yourself and your family, spend time in jail, lose your job, and possibly kill yourself or someone else.

…Or you could fork over the cost of an Uber ride. That’s a minuscule cost compared to the risks of drunk driving accidents.

If you just gotta get drunk, at least spare yourself and others the risks of your choice.

Everyone (men, women, young, and old alike) learns the same way: they keep doing the exact same thing until something bad enough finally happens and they change their behavior.

For example, you get a speeding ticket that costs you a lot of money.

Even though you know you shouldn’t speed, you continued to do so until you got caught and had to fork over more money than you wanted.

Perhaps you opt to get several such tickets before finally realizing you can change your behavior.

Some people keep speeding like crazy until they cause a major automobile accident that nearly costs them their lives.

Each person has their own point. Yours can be as serious as a fatal accident. Or you can change your mindset now and drive a different way starting this minute – before serious consequences happen.

Ultimately, you’ve heard all the stats and stories hundreds of times. It’s up to you to take simple actions, like leaving earlier so you don’t feel rushed, so you drive safer and reduce your chances of needing a serious injury attorney.

What is the NHTSA Doing to Reduce Injuries from Car Accidents?

Research Reveals Rate of Back Injuries from Frontal Car Crashes

How Can You Avoid the Most Dangerous Types of Car Accidents?