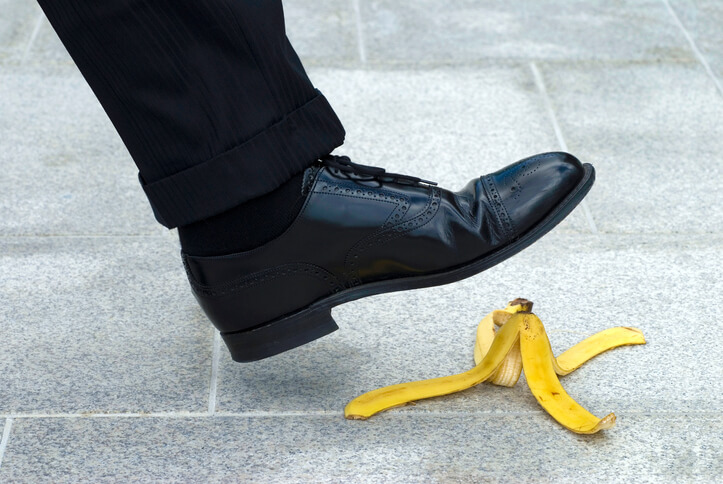 In Texas, just because you got hurt on someone else’s property doesn’t mean you will score a big payday for your slip and fall injuries.

The media often shapes the perception that anytime someone gets hurt, they’re entitled to millions of dollars. And they also present personal injury victims in a selfish negative light too.

Remember the grandma who spilled hot McDonald’s coffee on herself and got $3 million for it?

Well, that wasn’t the truth at all. Stella Liebeck, 79 at the time, was a passenger. And McDonald’s company policy then was to serve scalding hot coffee that could cause severe burns in seconds. She wanted to settle the case for $20,000, which would cover her medical bills and lost income. McDonald’s offered $800 in return.

Outraged, the jury assessed $3 million in punitive damages. The judge reduced that by about 80%. Mrs. Liebeck and McDonald’s eventually reached a confidential agreement for an even lower amount than the 80% reduction.

Now, if we’re honest, messy situations happen. But, don’t let blown-up headlines stop you from pursuing the compensation you deserve.

Most slip and fall cases are situations where victims simply want fair compensation for the injuries they sustained and for the earnings they lost while they were injured.

What You Might Do that Can Reduce or Eliminate Your Recoverable Damages?

You can be partially, or even mostly, negligent yourself. Remember: If you’re an invitee on the premises you have enhanced legal rights as compared to a more licensee or trespasser. Invitees can recover damages even if they were comparatively negligent as long as their own negligence does not exceed 50%. If you are a licensee you can be barred from recovery if the dangerous condition was perceptible.

For example, let’s say you were on your smartphone when you slipped and fell. That will likely reduce the recoverable damages. It might also depend what you were doing on your smartphone. If you were just talking, more of your attention can be focused on your surroundings. If you’re texting, we’ve seen stats where that impairs you more than being drunk. You might have your compensation reduced even more, or eliminated entirely, if you’re texting. The key questions to be addressed are what was your status on the premises and should you have seen – and avoided – the dangerous condition?

There’s innumerable situations which could reduce or eliminate the compensation you may be entitled to. Generally, though, they’ll fall into these categories:

Just because you get hurt on someone else’s property doesn’t mean you’ll score a big payday. As always, conduct yourself with honesty and integrity, and if you get hurt pursue fair compensation with a personal injury attorney in Dallas.

How Long Do You Have to File a Slip and Fall Accident Claim?

What You Need for a Successful Slip and Fall Accident Lawsuit