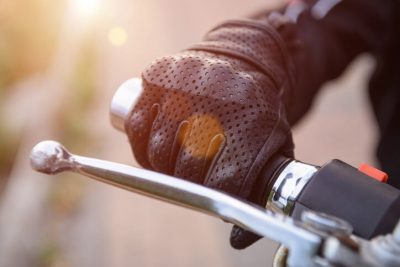 Do car drivers cause as many accidents as motorcyclists claim? What are the most common reasons for them and when do they happen?

You know it’s more dangerous to drive a motorcycle than a car. But, you accept that risk. After all, motorcycle riders get idealized as tough, rugged, independent, focused on freedom, and willing to take risks.

There’s nothing wrong with that. At the same time, you have to be ready to accept additional risks and responsibility for your own safety.

Automobile drivers can’t always see motorcycles as easily as another car. They get distracted with their smartphones. They’re not always aware that you’ll stop much faster than a car.

So, let’s take a look at motorcycle accidents and how they happen. Because, even if you’re right and within the law, you still face a dramatically higher risk of serious injury and permanent physical disability.

A Florida study found motorcyclists are right. The study reviewed 10 years of motorcycle crash data and found 60% of the time car drivers were at fault in accidents involving motorcycles.

It’s likely due to routine. Car drivers see other cars and trucks most of the time. So that’s what they are most focused on. They forget to look for motorcycles and simply have more difficulty seeing them because they’re smaller.

But Motorcyclists Still Have to Be Careful

The same study found 19% of car accidents involved just the driver, with no other vehicles. With motorcycles, that number nearly doubled to 34%. The Insurance Information Institute has also found you’re about 26 times more likely to die in a motorcycle accident.

So when you ride alone, you have to be extra cautious.

Most Common Causes of Motorcycle Collisions

Generally, these are the most common reasons for motorcycle accidents:

According to stats from the Insurance Institute for Highway Safety and Highway Loss Data Institute, most motorcycle deaths happen on the weekend from 6-9 P.M. Most happen on major roads, but that does not include the interstate. 30% of injured riders in 2014 had a BAC of .08% or higher. Men almost always drive, and when male deaths happen, nearly 100% are driving. Women ride much more often, and 66% of women that die are passengers.

Consultations are free so talk to a lawyer today if you were hurt in a motorcycle collision and are not at fault.

Who’s At Fault in Common Types of Motorcycle Accidents?

Do You Have to Wear a Motorcycle Helmet in Texas?