If a Fatigued Driver Hits You Do You Have a Case? 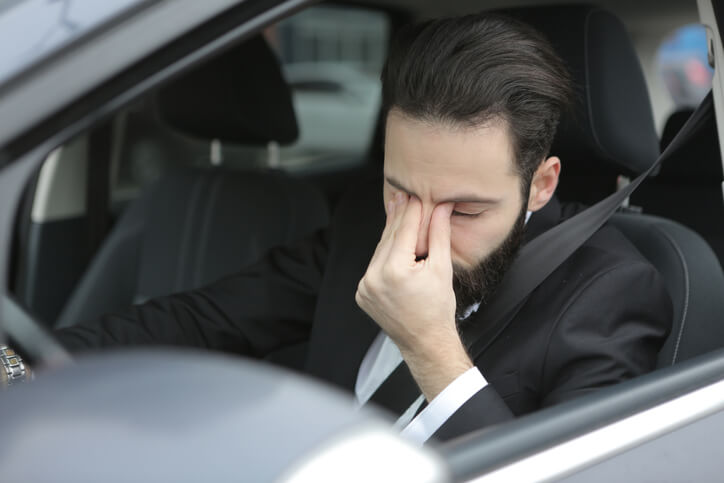 After an auto accident the other driver yawns several times. It’s clear they’re tired. How does that affect your injury case? Find out from Mullen & Mullen.

Say you’re driving along and having a good day. Nothing’s going wrong. Everything seems to be going your way.

Then, all of a sudden, another driver hits you, causing a serious auto collision. Fortunately, you experience non-life-threatening injuries. But, you do have a severely sprained ankle, which causes you to miss a few days from work and requires weeks of physical therapy.

At the scene of the auto accident, you can tell from the look in the driver’s eyes that he or she is exhausted. Were they up drinking all night before? You don’t know what they were doing. Regardless of what they actually did, it’s clear they’re pretty tired.

Do you have a personal injury claim?

Not every case has exactly the same details. But they do have a similar overall profile. Typically, they involve just a single occupant in the vehicle. And they happen on high-speed roads. Often, it’s a long, boring, rural road.

The problem with car accidents caused by tired drivers is they typically cause serious  injuries, much like drunk driving accidents. According to the National Highway Traffic Safety Administration (NHTSA), drowsy drivers caused 72,000 crashes, 44,000 injuries, and 800 deaths in 2013.

So Do You Have a Claim or Not?

Yes, you do. Every driver has a “legal duty of care” to other drivers. They must drive safely and watch out for the wellbeing of others. Law holds drowsy drivers 100% responsible for their actions.

After all, they can pull over and take a nap or change drivers. Most fall asleep because of shift work, medications, sleeping disorders (like sleep apnea), or drinking heavily the night before. Those are their actions. And since they have awareness of them, they have responsibility to deal with them so they don’t put other drivers like you in danger.

In fact, in some situations a drowsy driver’s actions may constitute gross negligence. For example, a Wal-Mart truck driver who drives for twenty four hours straight without sleeping would likely be deemed reckless for violating national safety laws if they caused an auto accident.

What You Can Do

According to stats from the National Science Foundation, peak times for drowsy driving crashes and near misses are 4-6 AM, 12 AM – 2 AM, and 2-4 PM. Men 18-29 years old are most likely to cause them.

So, to avoid an accident entirely, you need to be most aware when you drive during those times. And if you do get in an accident and suspect the other driver was drowsy, make sure you tell the police about your suspicions when they arrive. Write down a few notes, or voice record your version of events and your observations on your smartphone.

If this type of accident happens to you, also make sure you have an experienced personal injury attorney on your side.

How Does Daylight Savings Increase the Risk of Car Accidents?

How to Overcome Falsified Truck Driving Logs After an Accident

How Should You Handle Another Driver’s Road Rage?